After welcoming our friend Claudia, an experienced sailor and area expert, on board, we set off south in a north-westerly wind between three and five bft. Our destination: the small volcanic island of Nisyros. Now there are three of us and setting and hoisting the sails, which is labour-intensive on Aglaya, is much quicker. After a beautiful day of sailing, we find a place in the harbour of Pali right next to the fishermen, from whom we can buy fish directly from the boat on one of the next days. It is Thursday and the harbour is already full of boats, mainly charter boats, which will probably all have to be back in the marinas tomorrow evening. And it gets even more crowded. Later, there are two more boats in the packet with us. The next day, however, it becomes emptier again.

The island of Nisyros is described in the guidebook as a natural wonder. We spend a day on the island, first with the island bus to the main town of Mandraki. Then we are allowed to ride in the bus of a Polish tour group and can take a look at the large volcanic crater (one of the largest in Europe). Mountains up to 700 metres high rise directly from the sea. Under the floor of the crater, which is only 120 metres above sea level, it is still bubbling. Here we learn a lot about volcanism in the region, to which Santorini also belongs. As we descend to the bottom of the crater, it gets even hotter than it already is, and there is a smell of sulphur. Back in Mandraki, we climb up to Paleokastro via a beautiful stone-paved and wall-lined path. Here, too, we are quite impressed: the well-preserved walls are made of huge stone blocks and the view to the surrounding islands and the Turkish mainland is magnificent. Archaeologists still have a lot of work to do here, because the inside of the castro has not yet been uncovered. It is not known whether the walls of an acropolis are here or whether they are fortress walls. 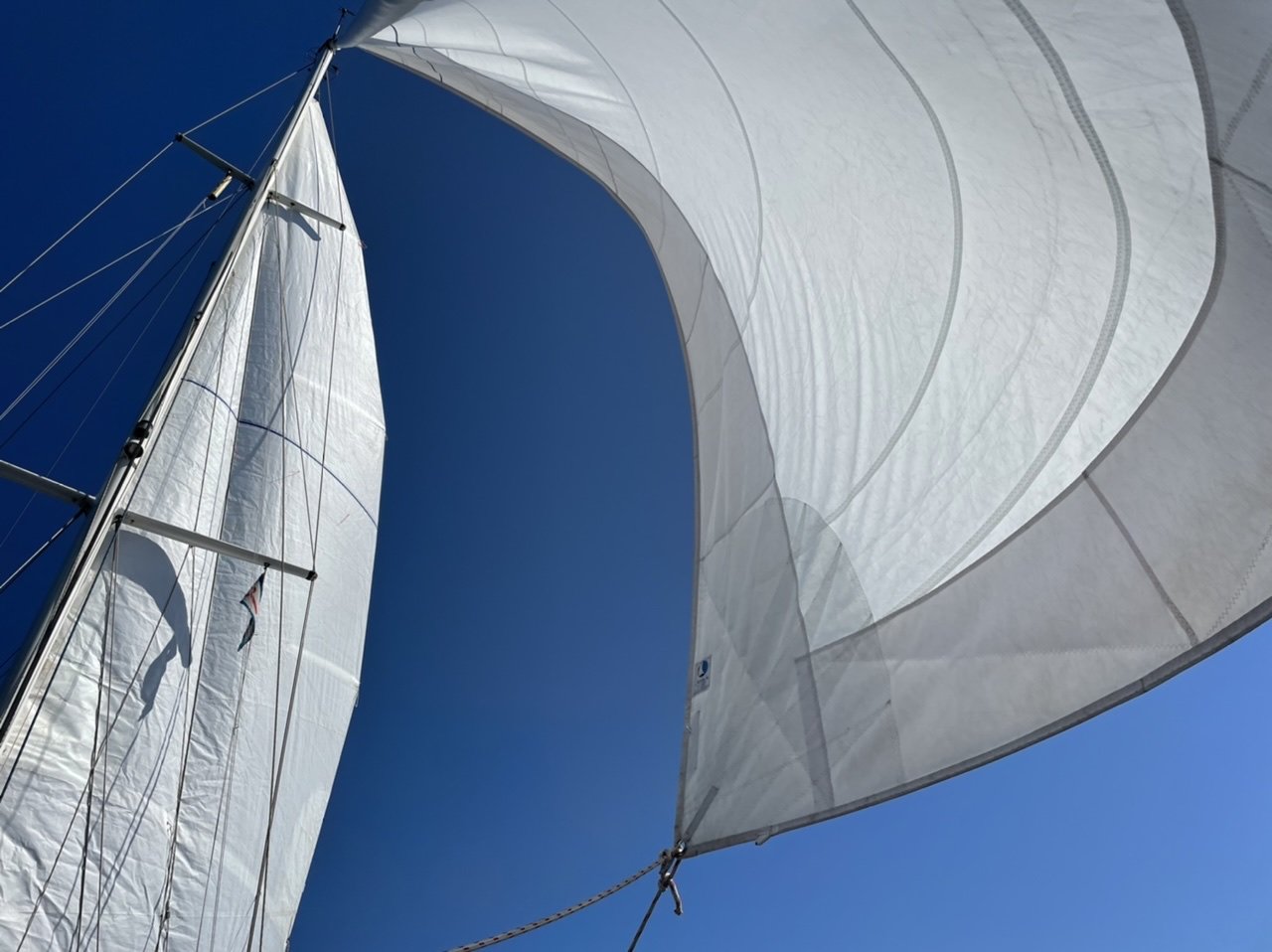 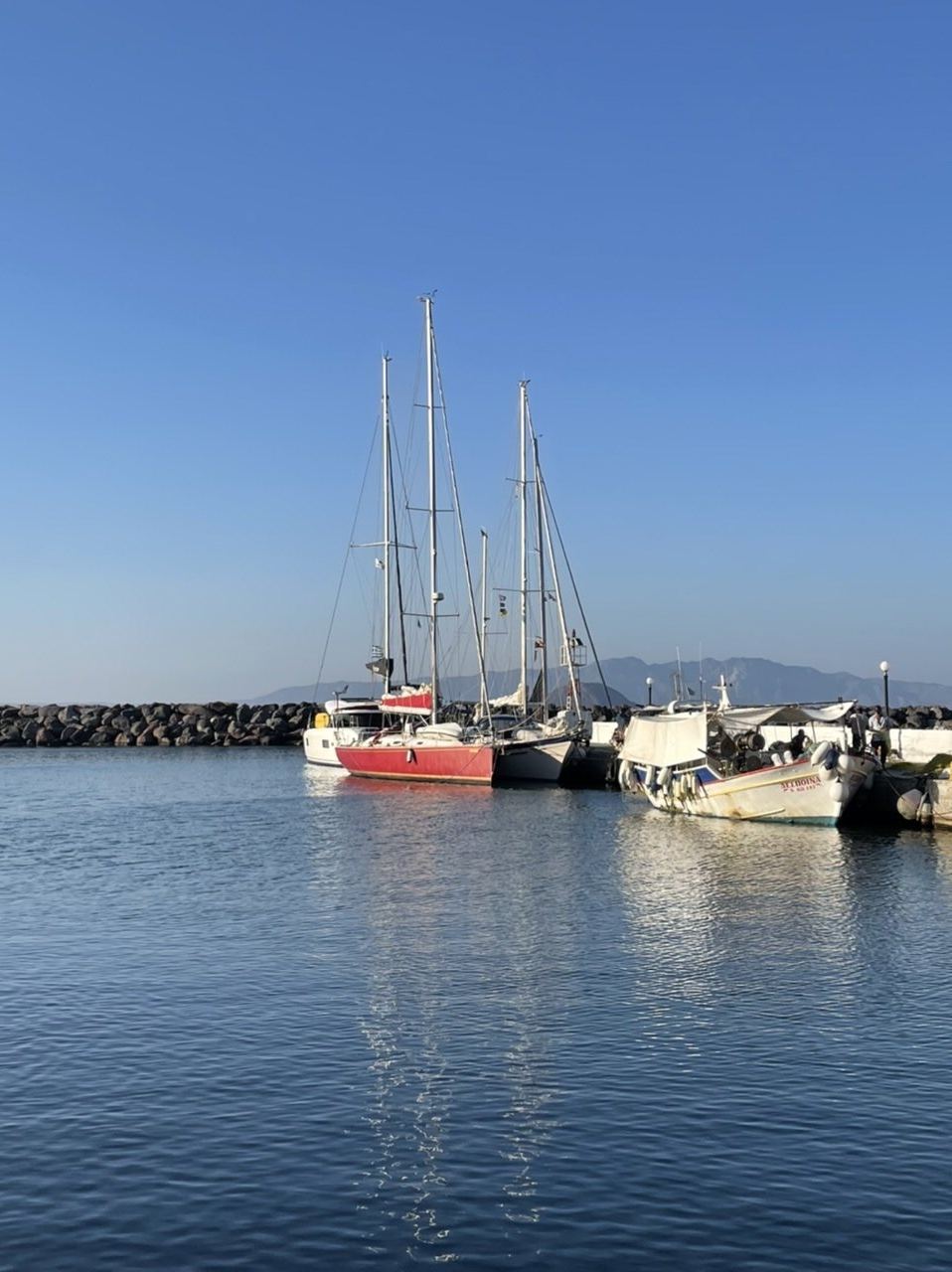 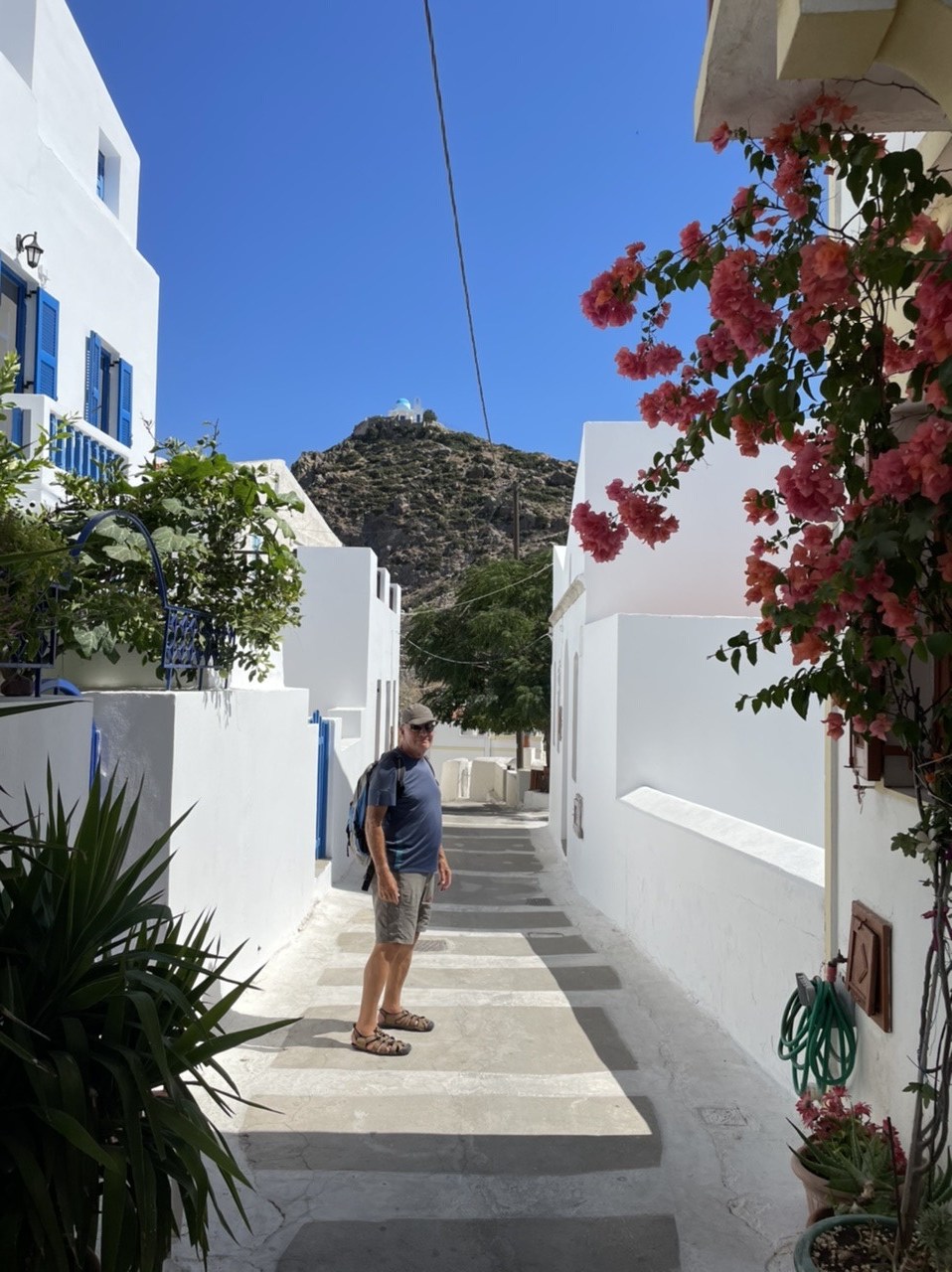 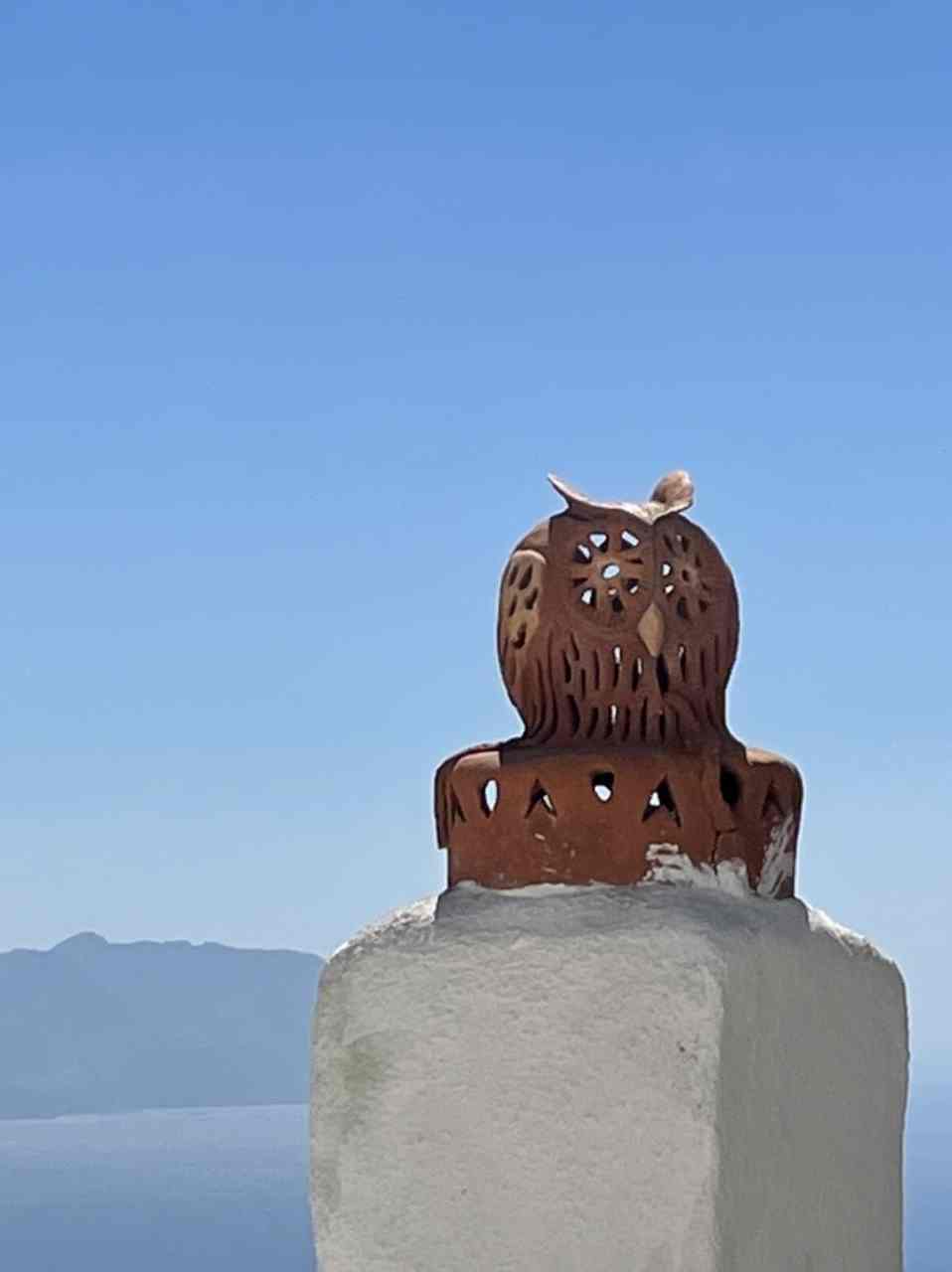 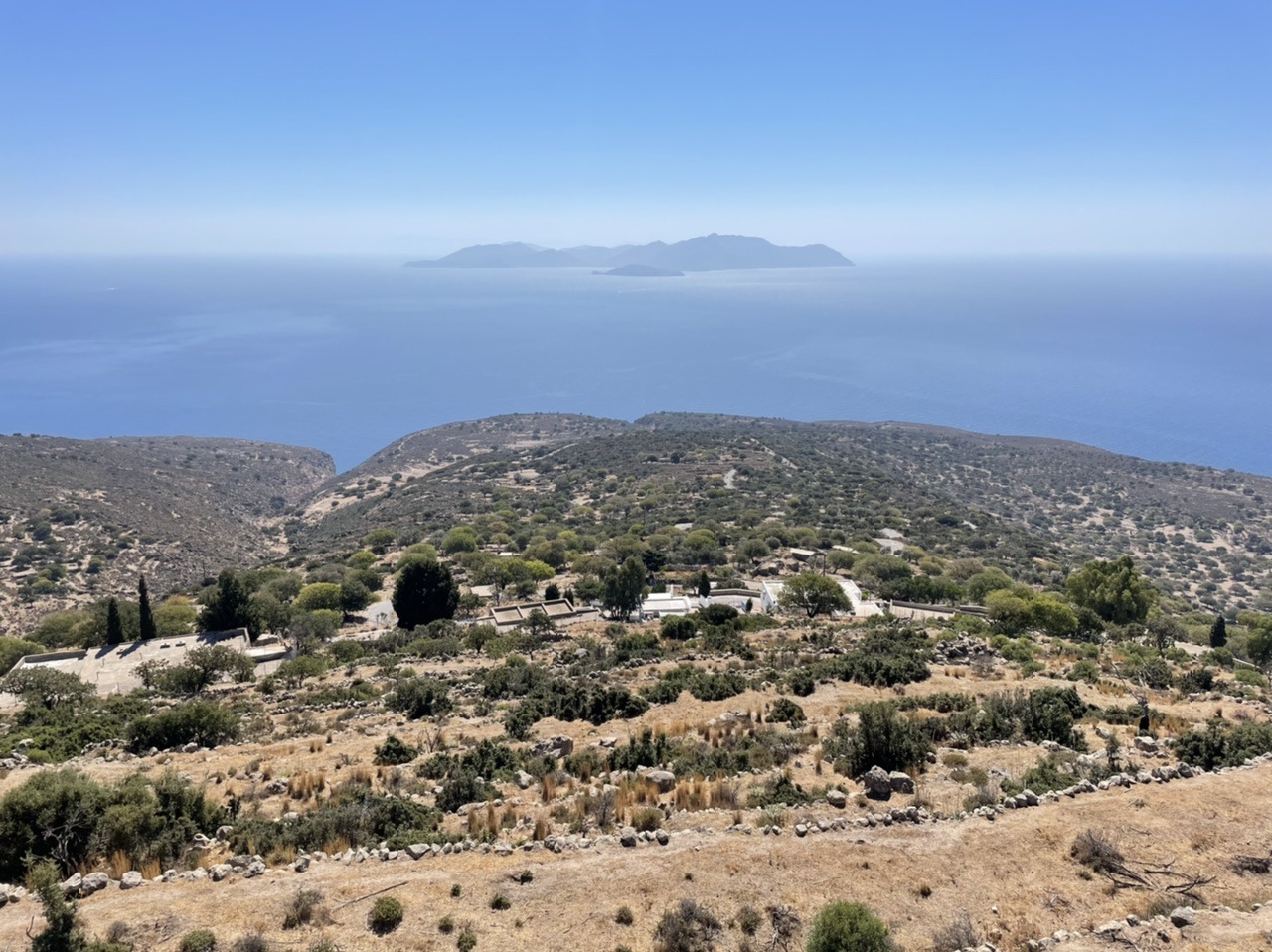 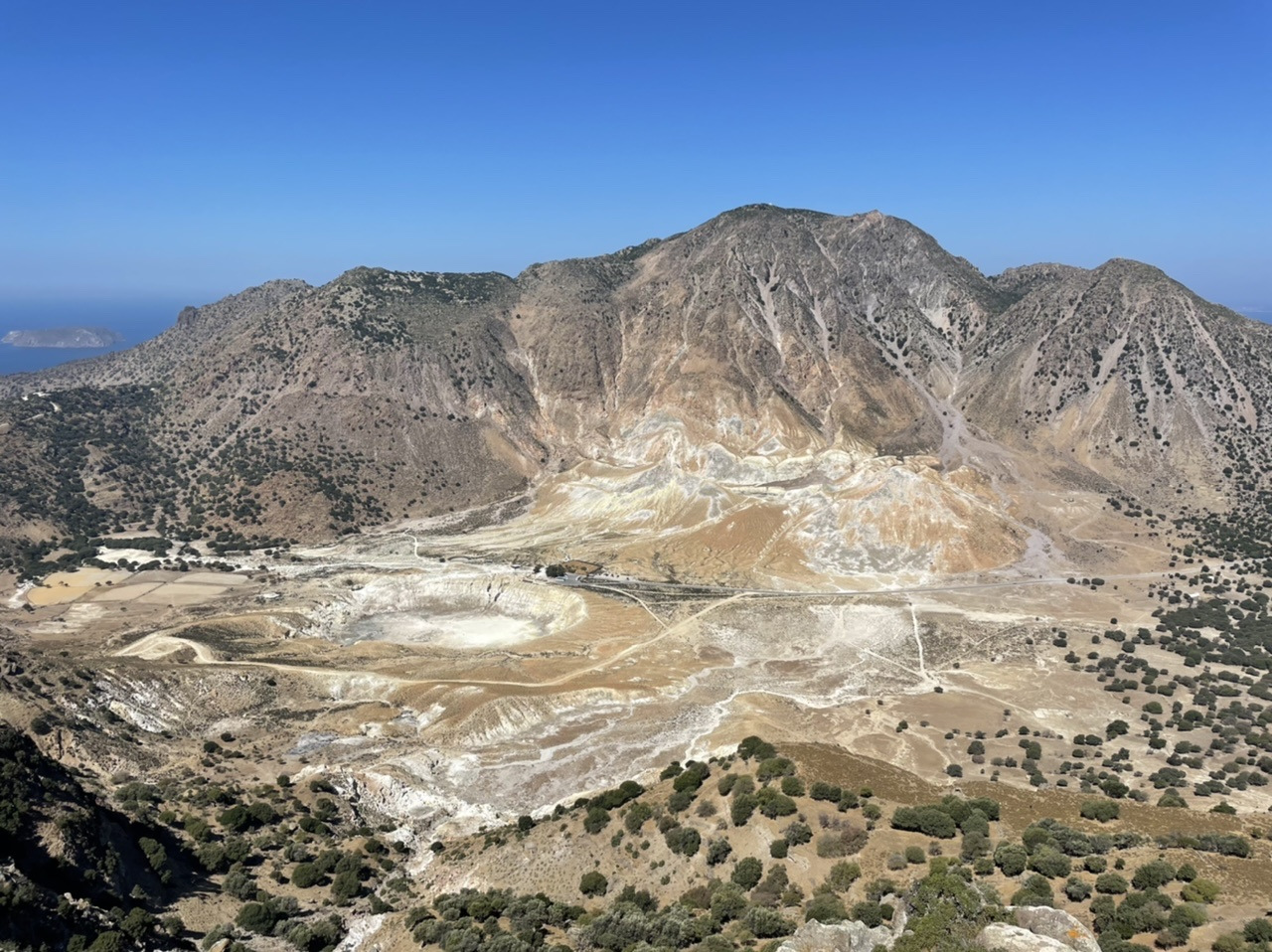 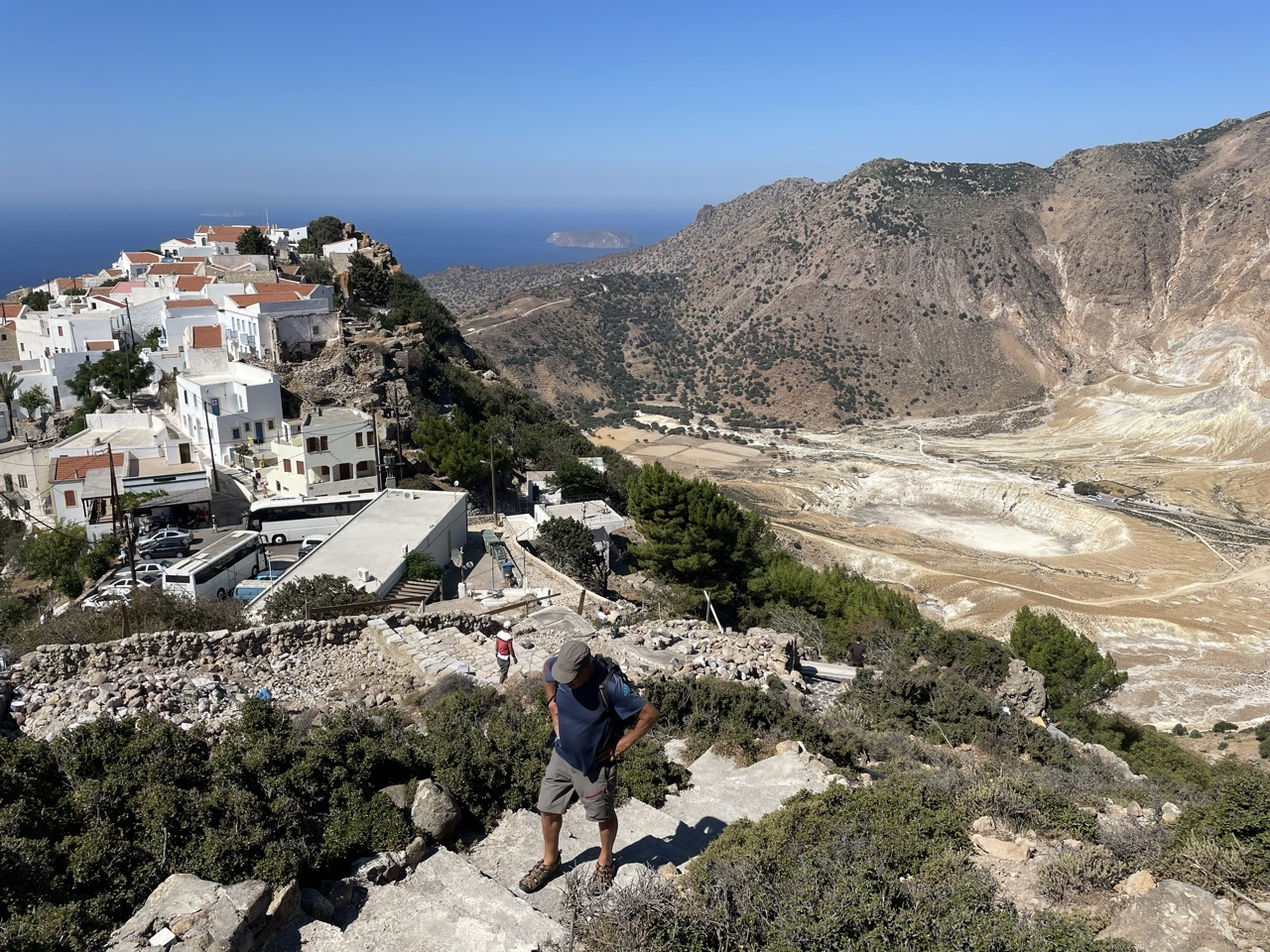 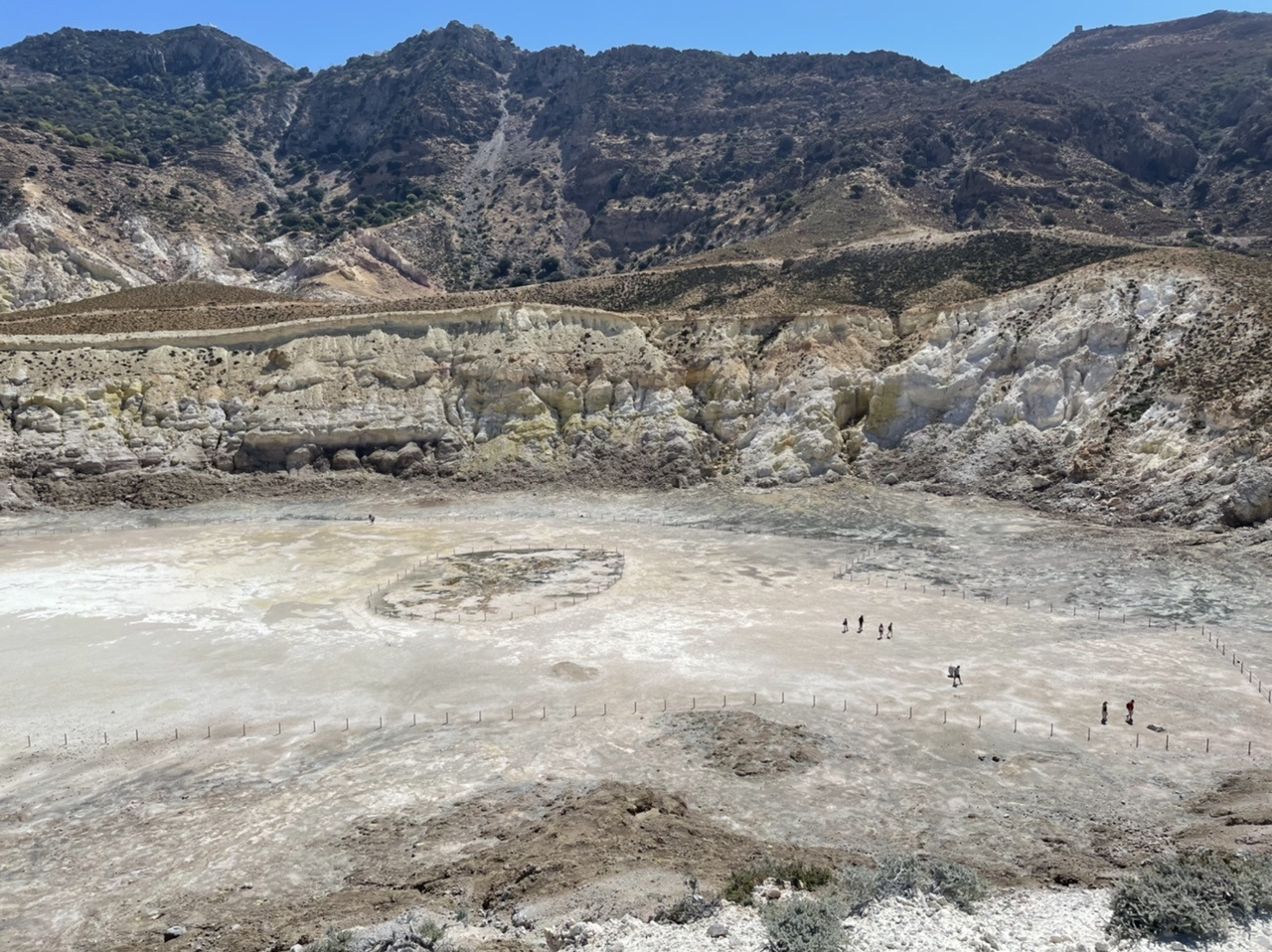 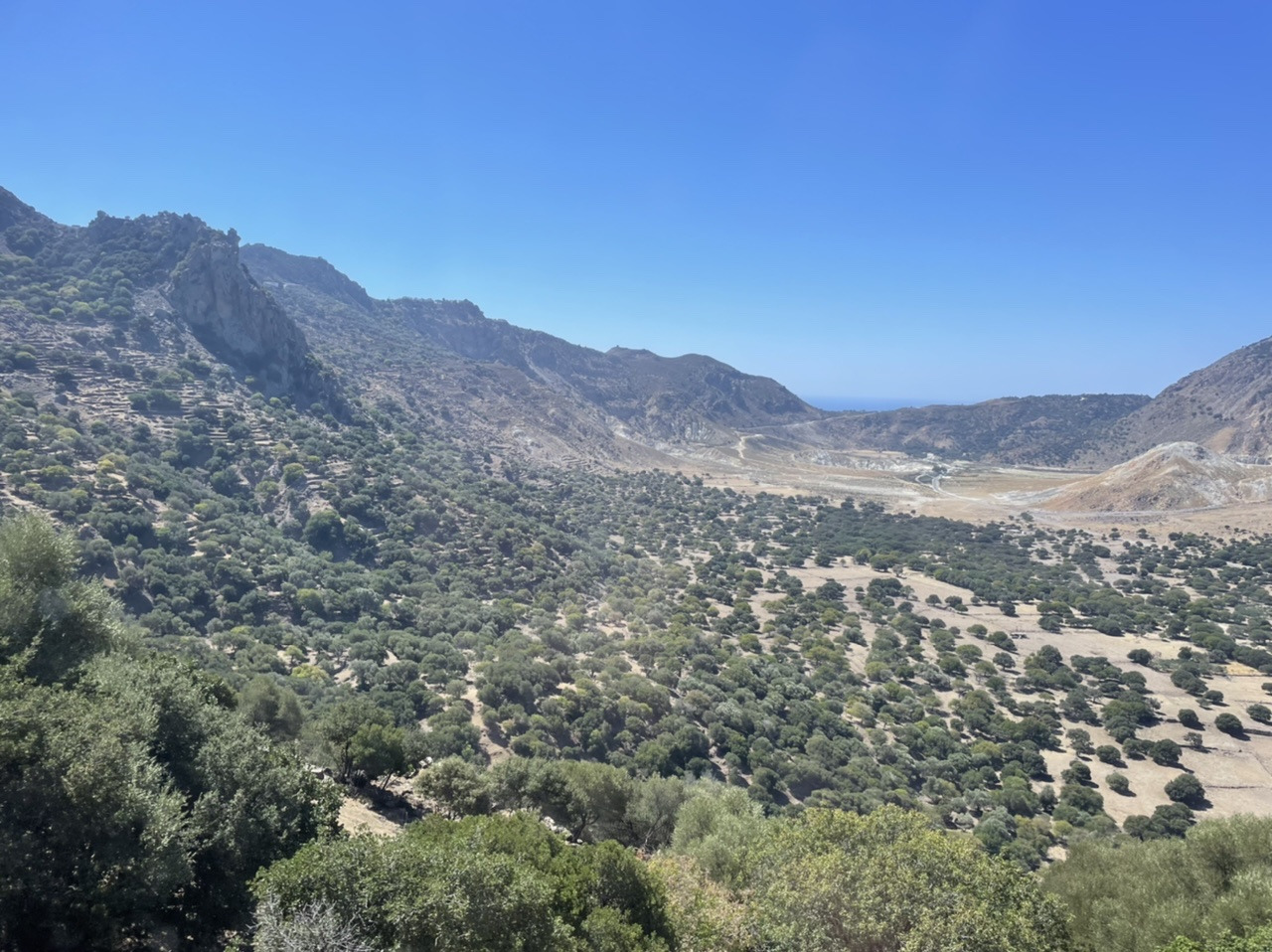 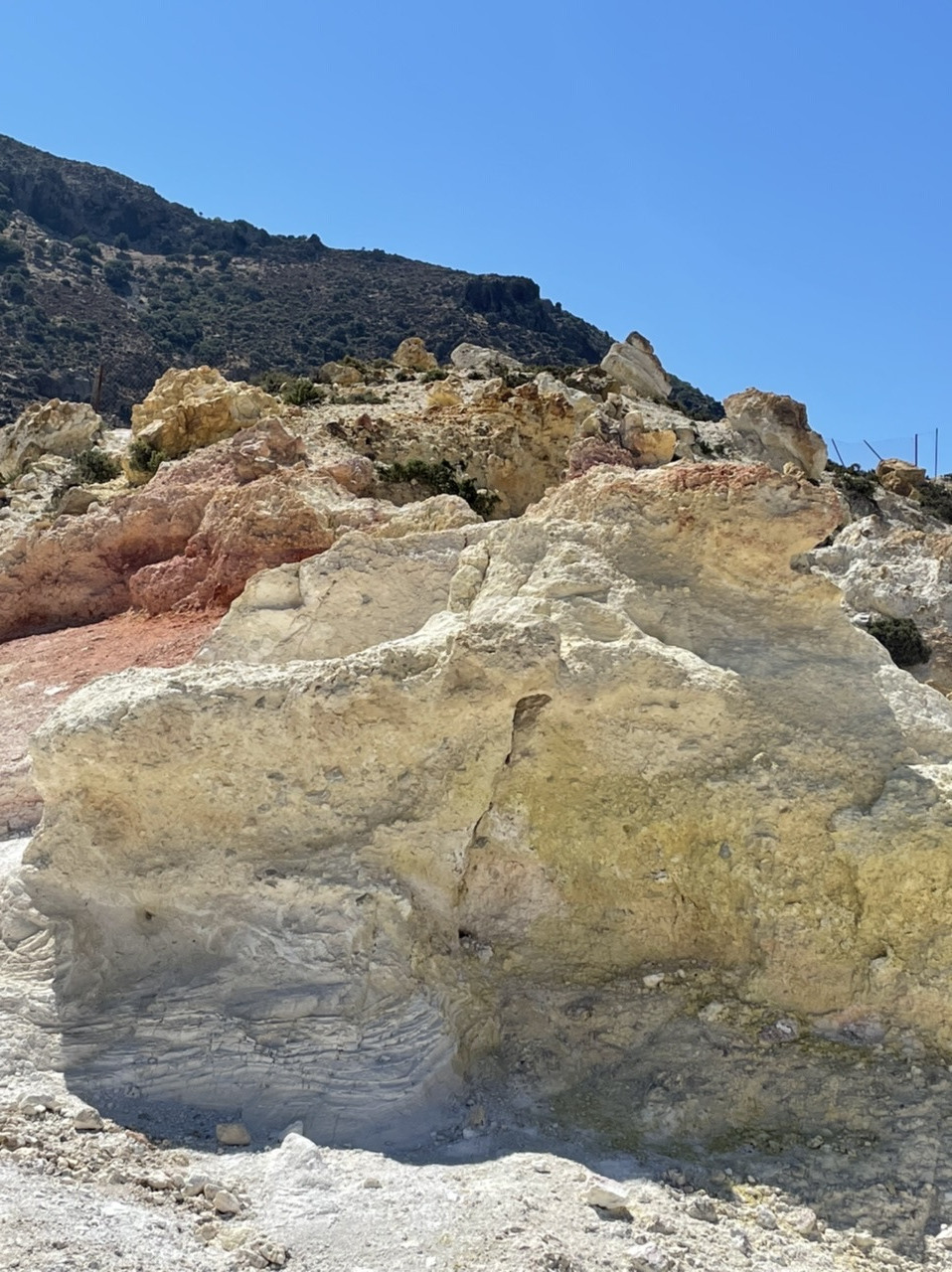 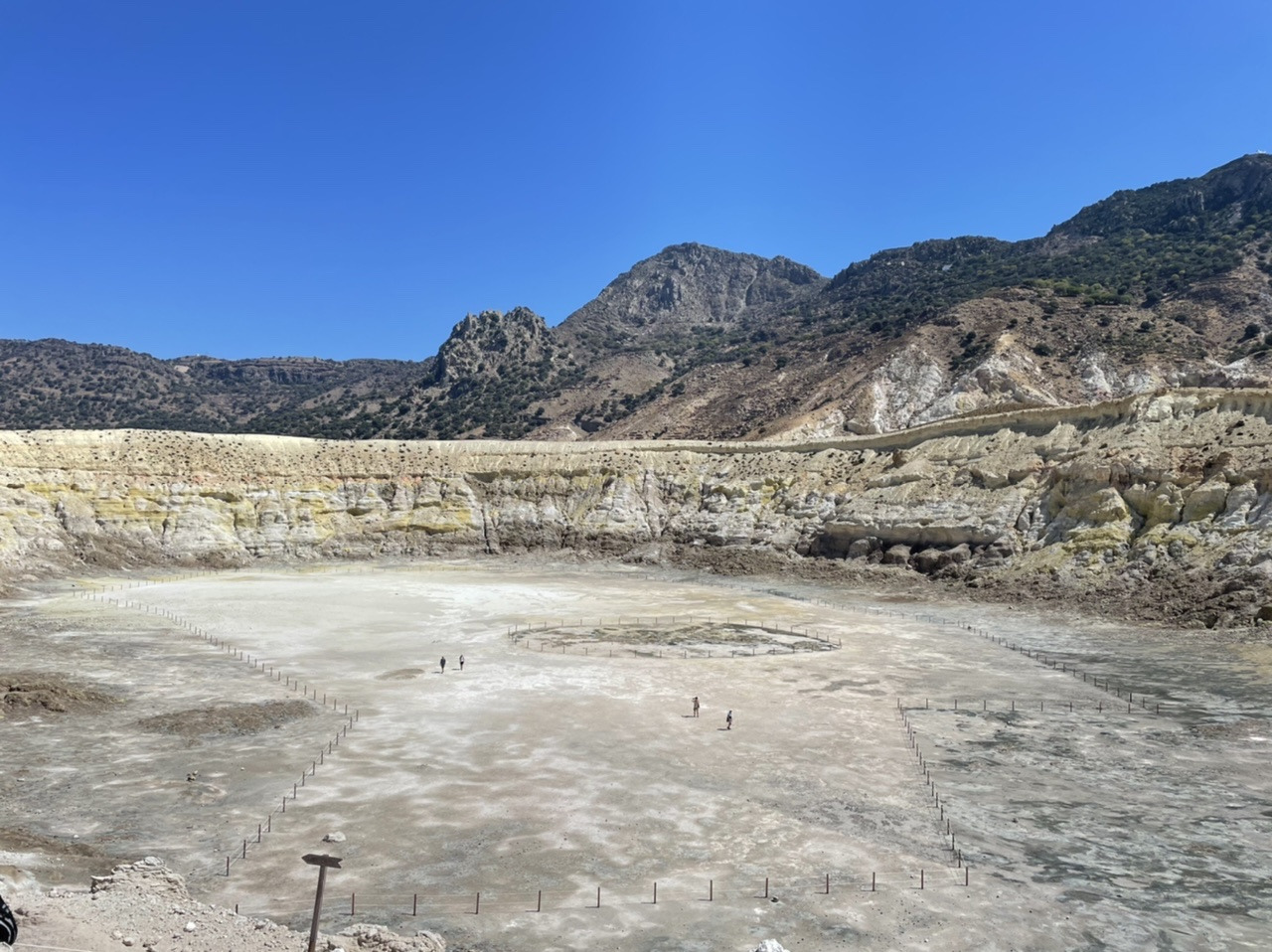 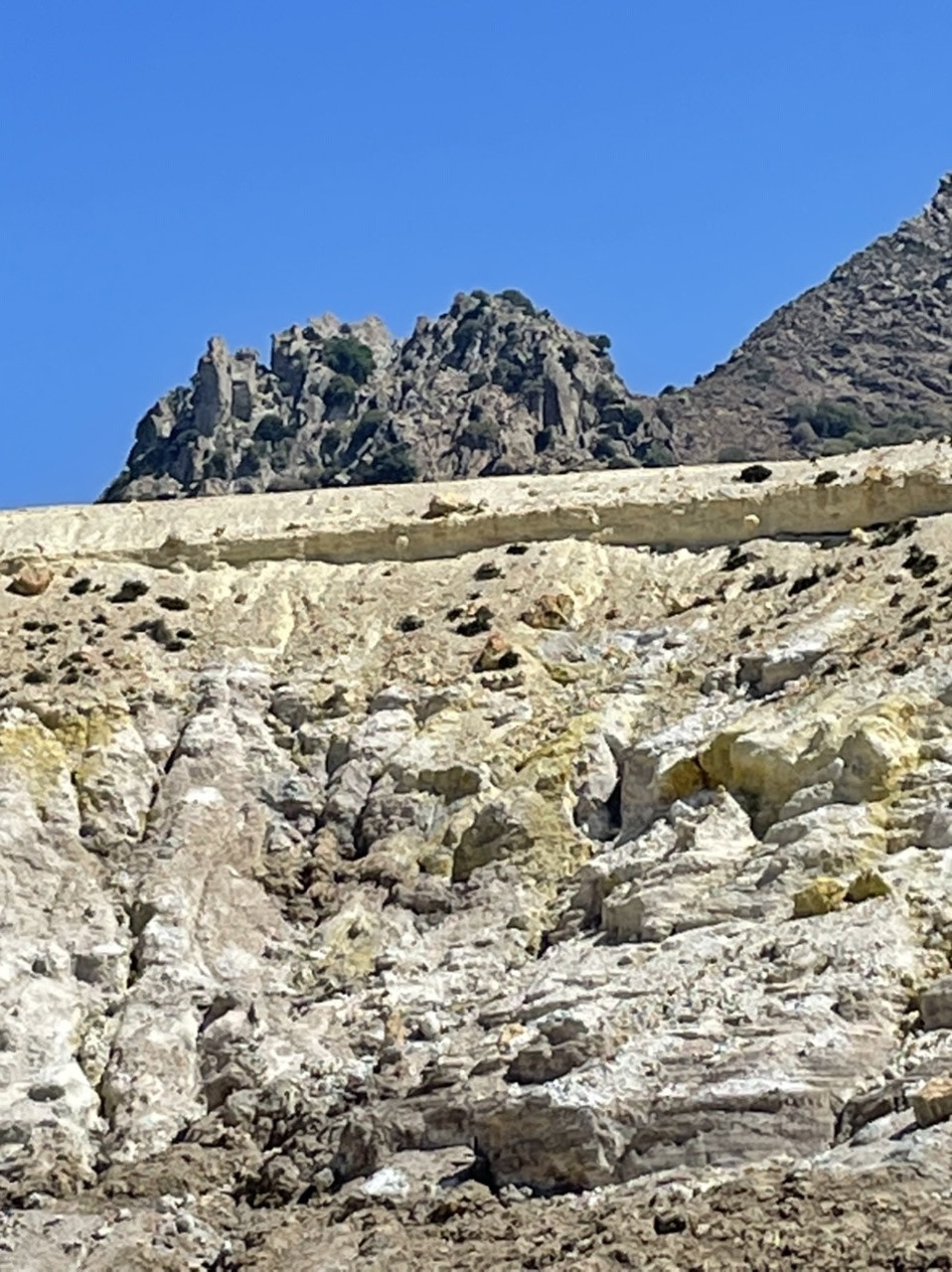 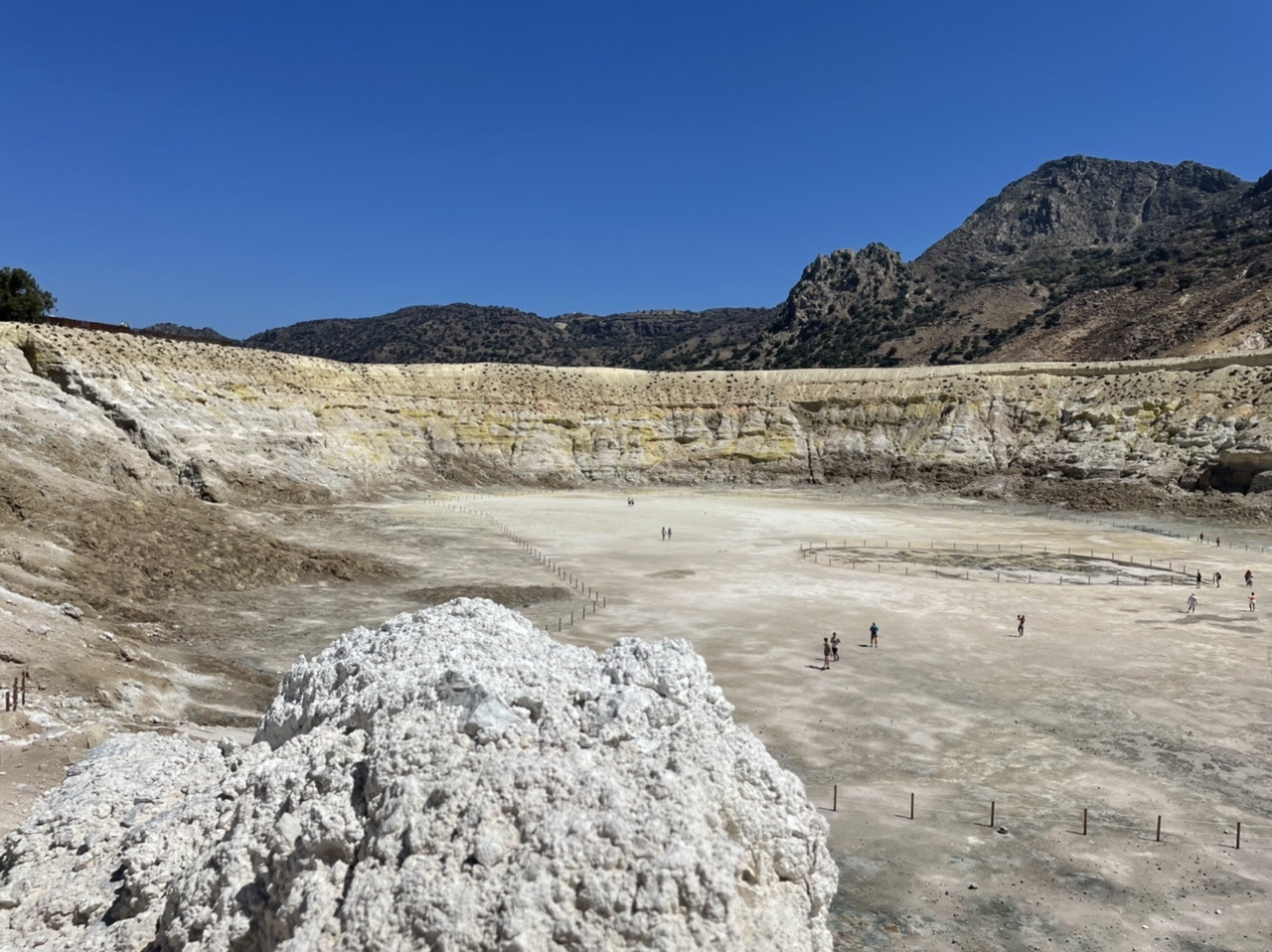 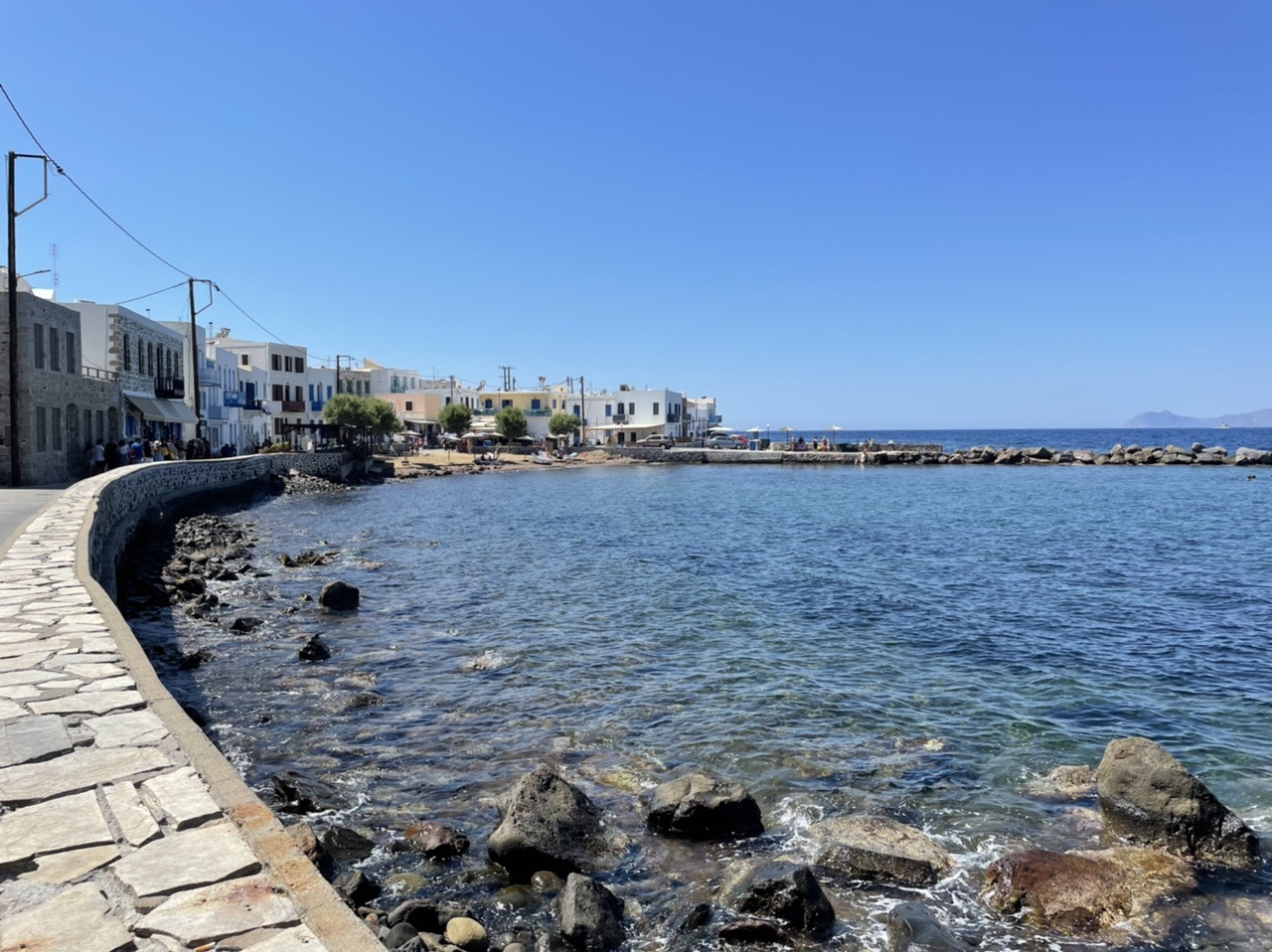 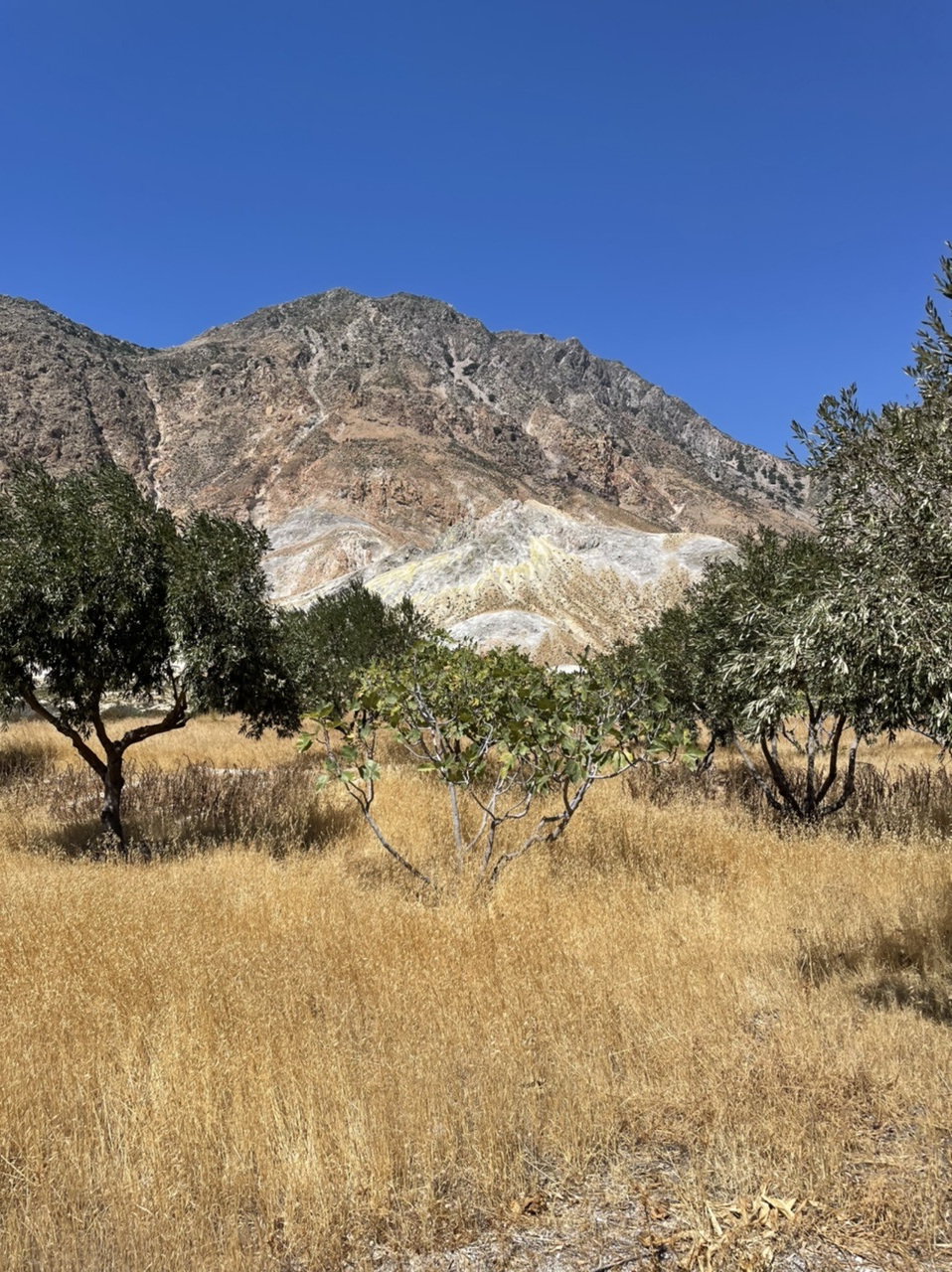 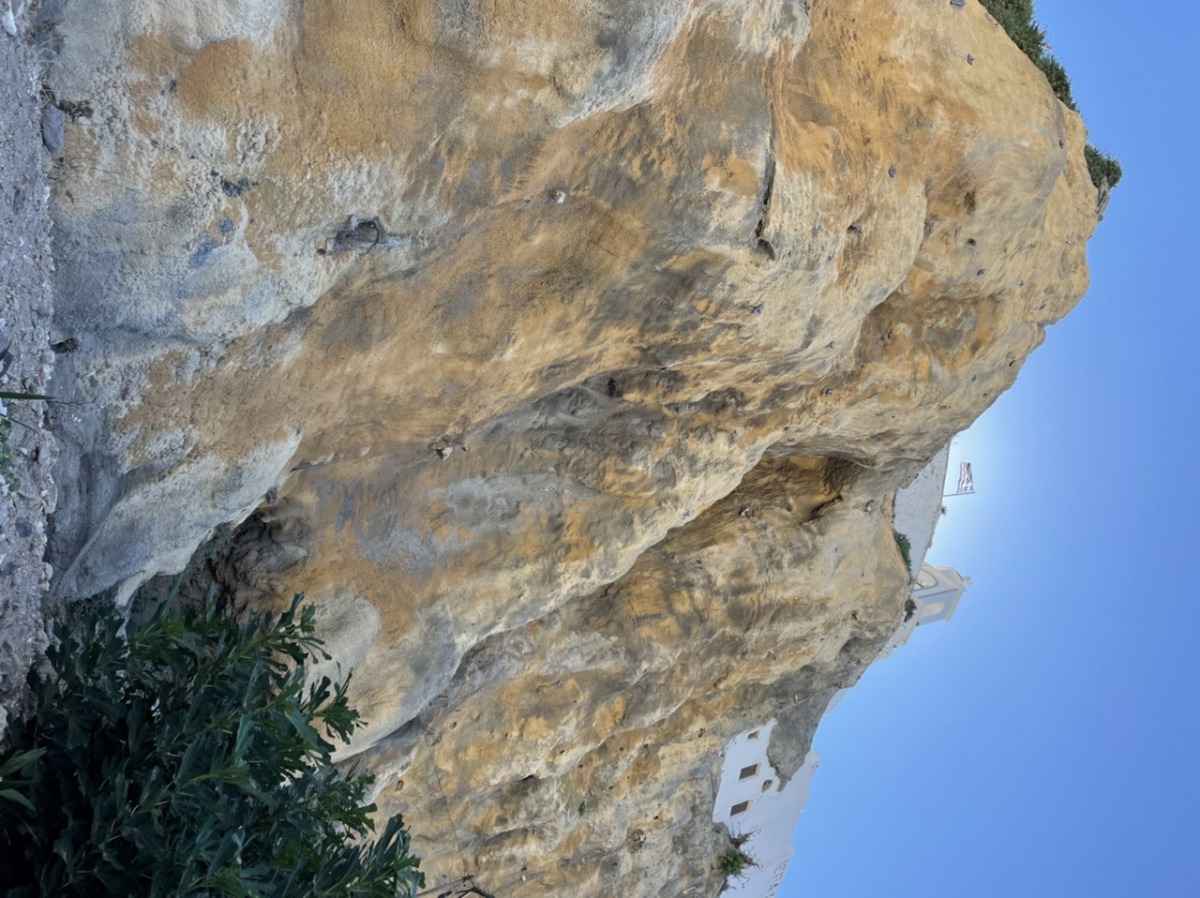 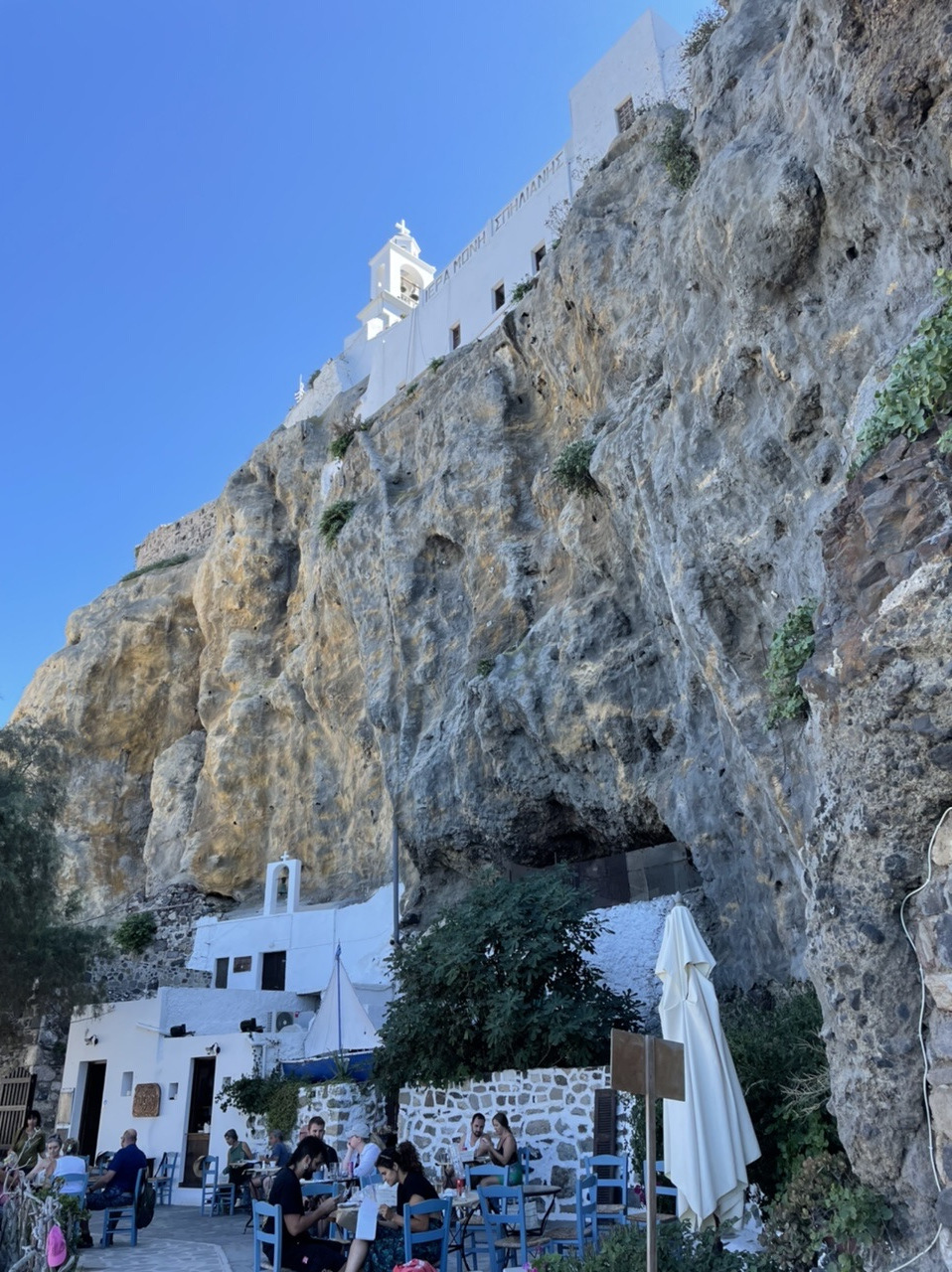 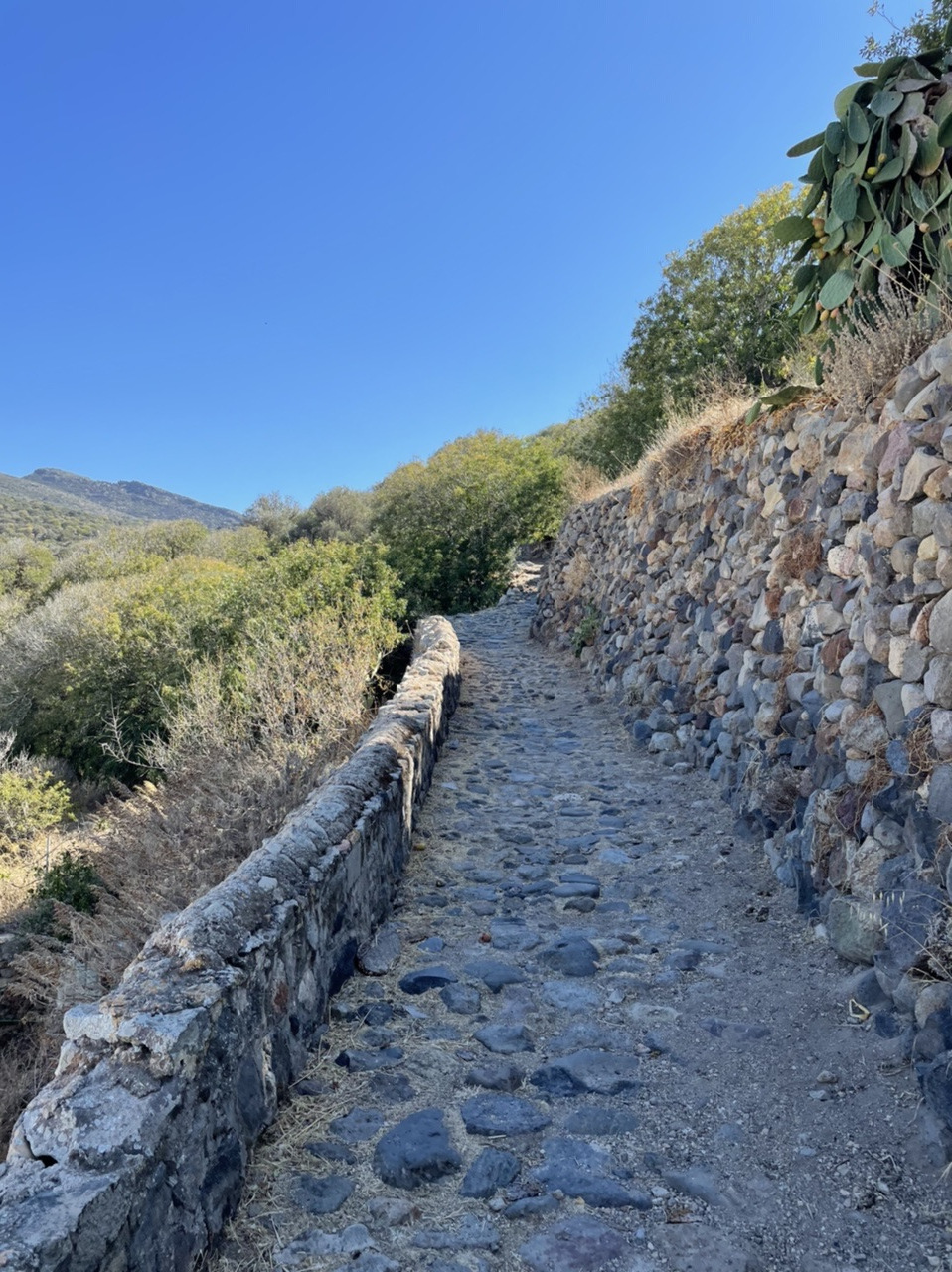 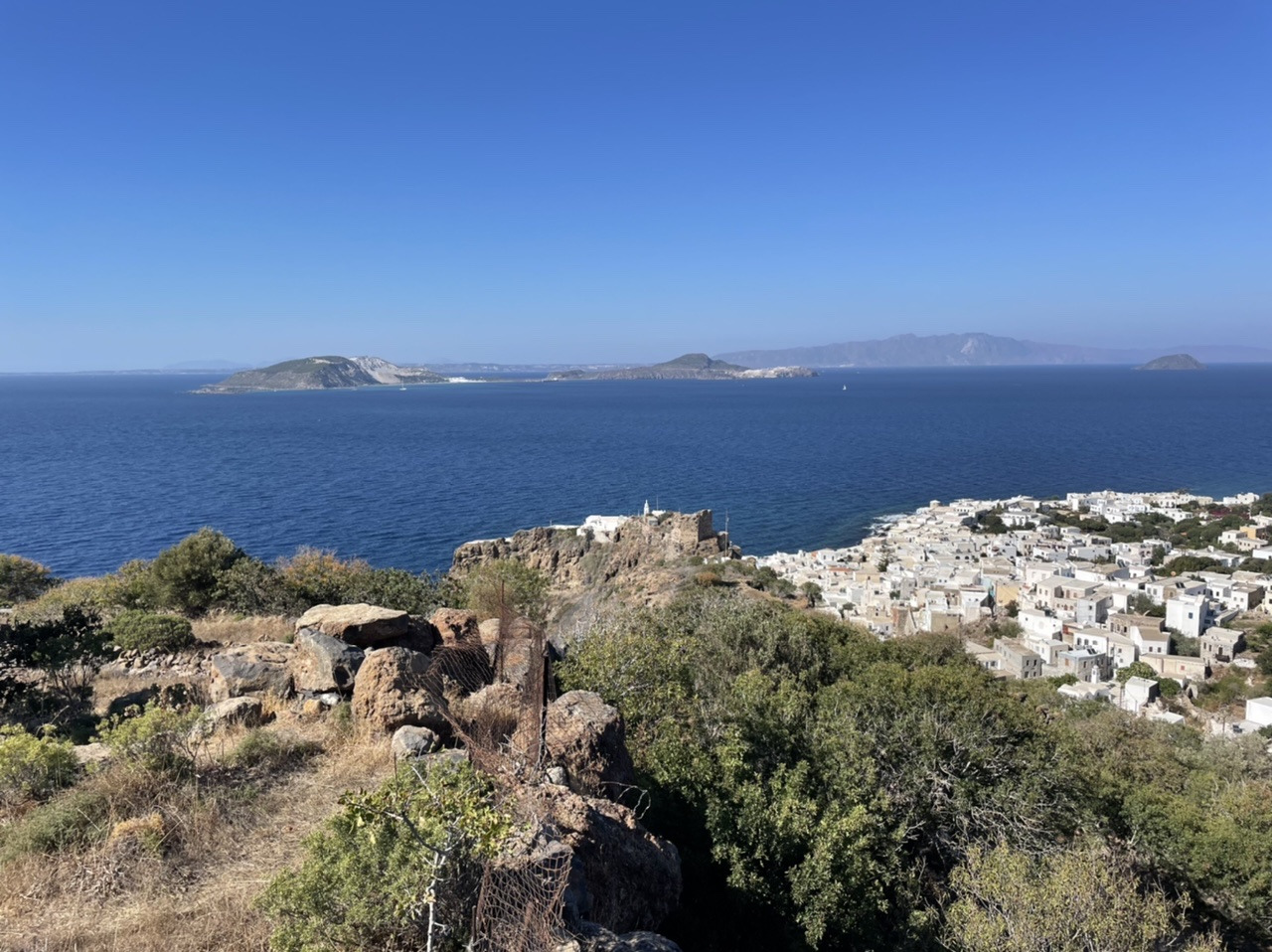 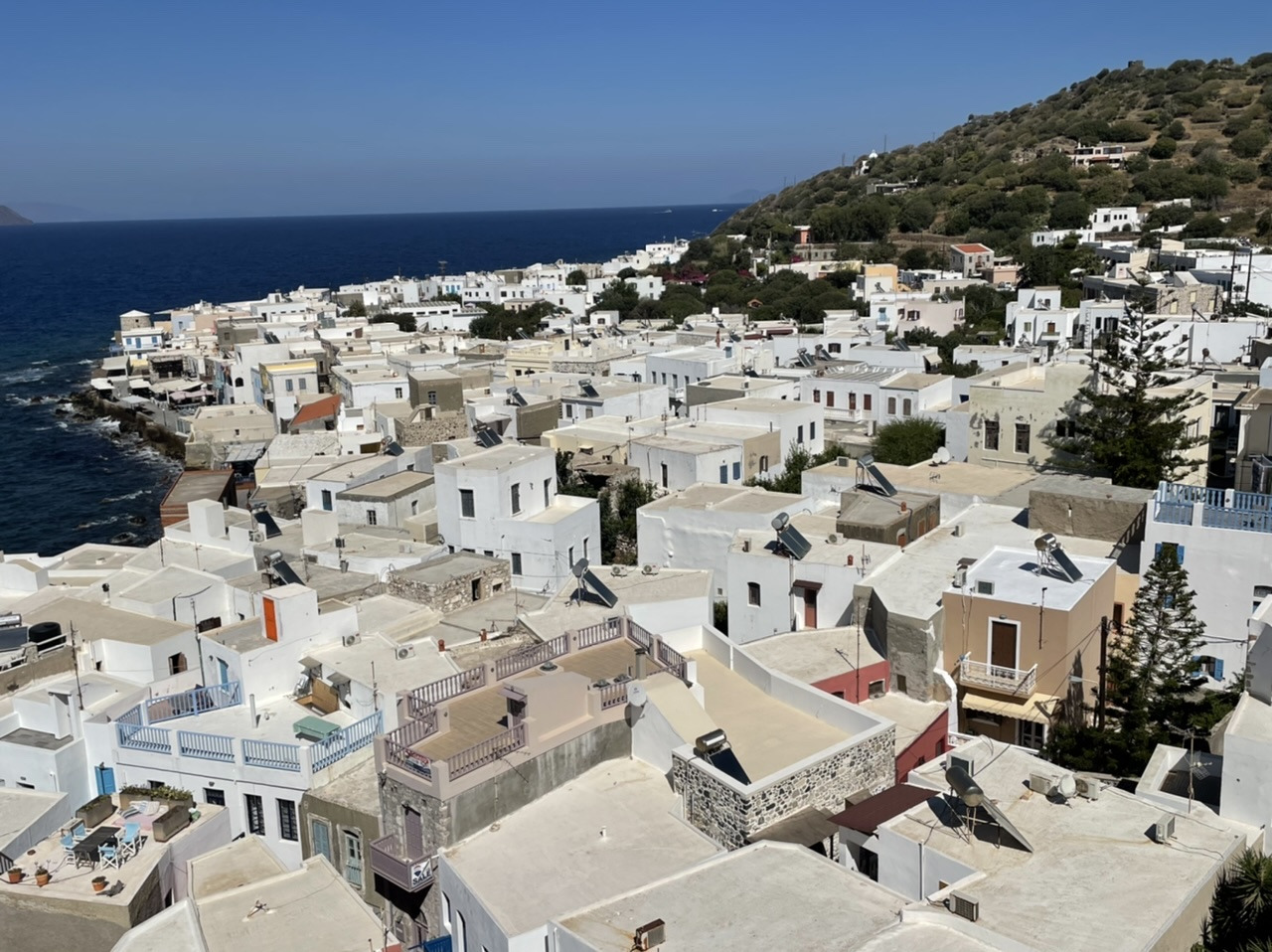 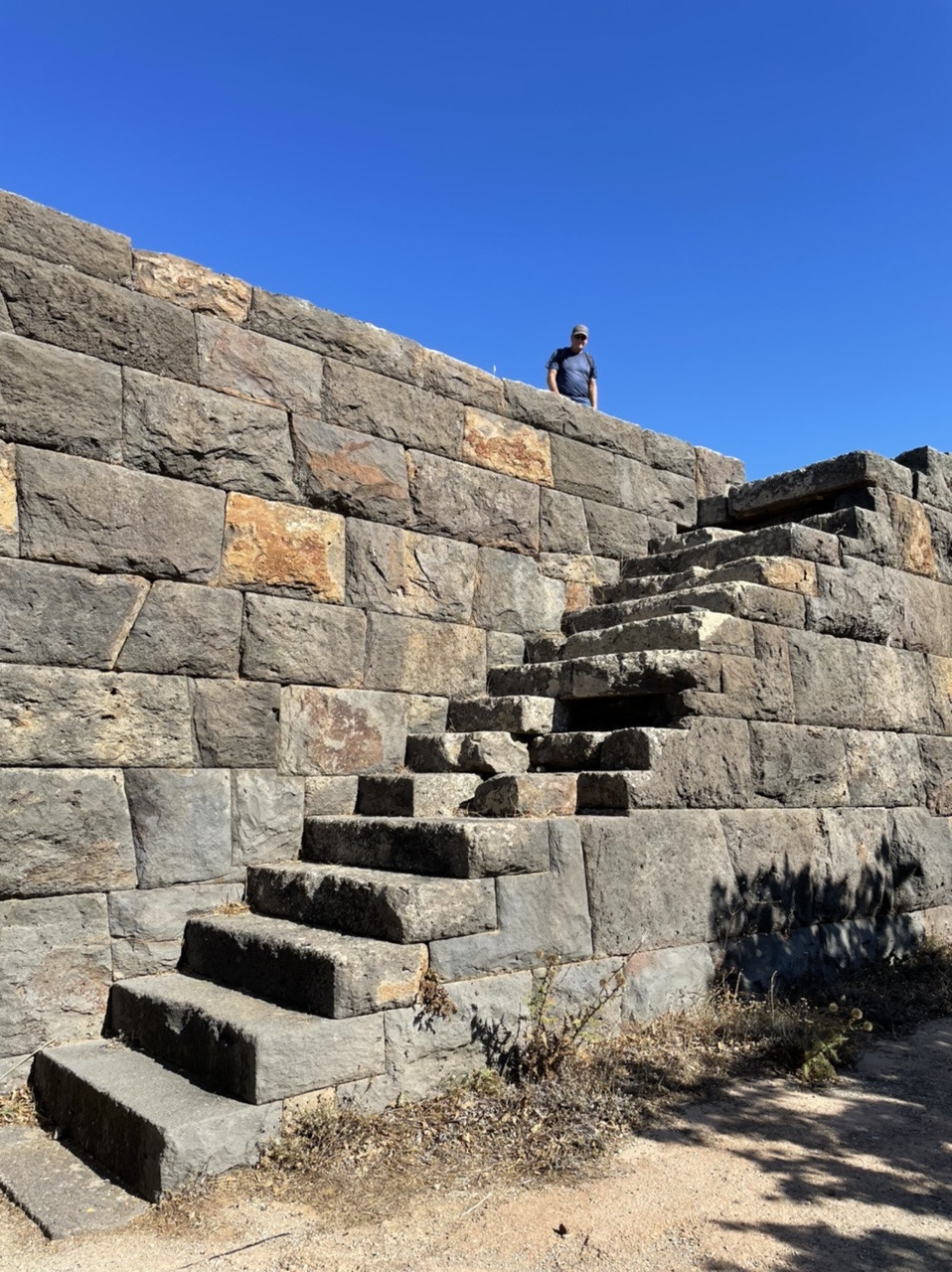 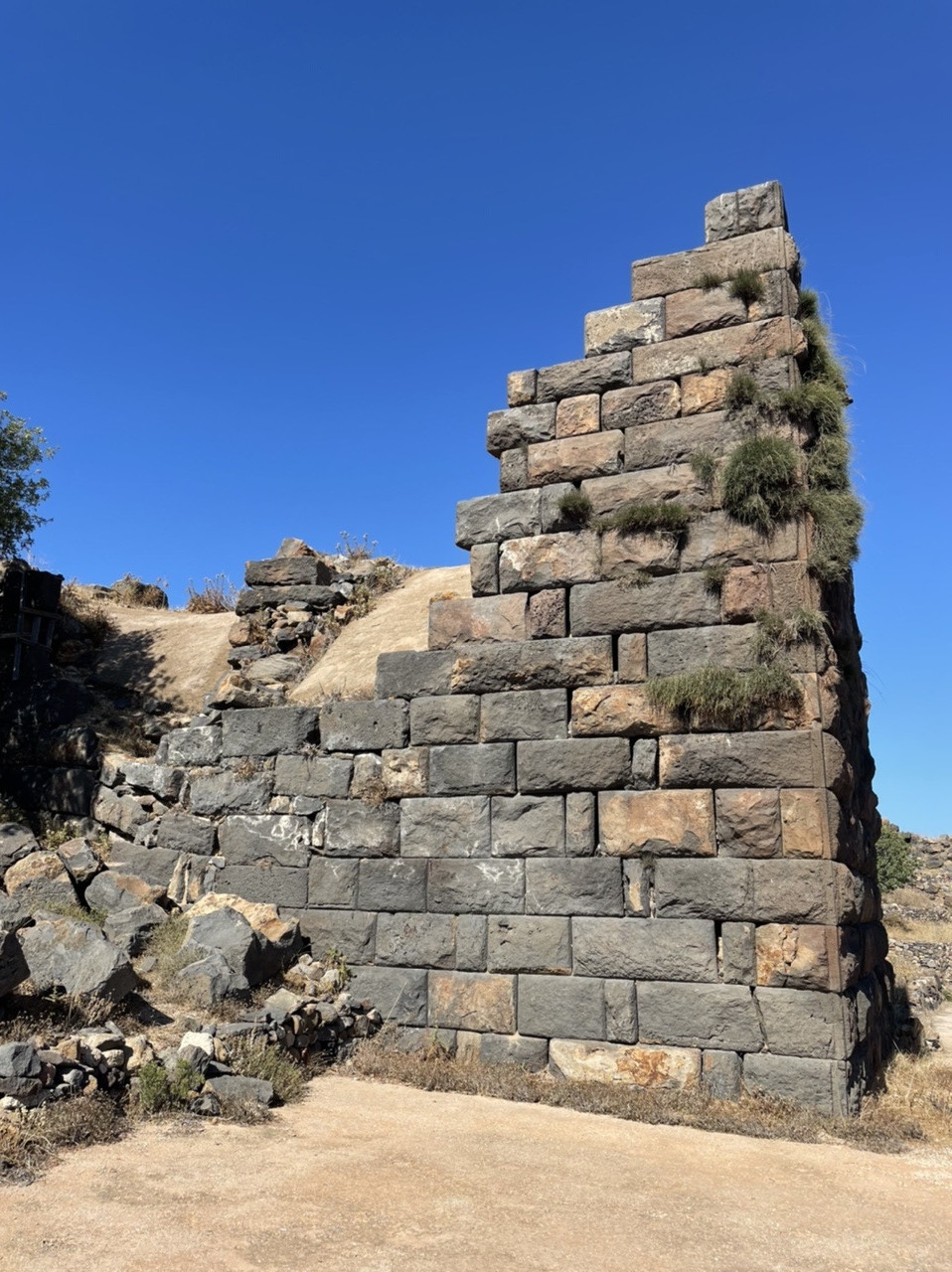 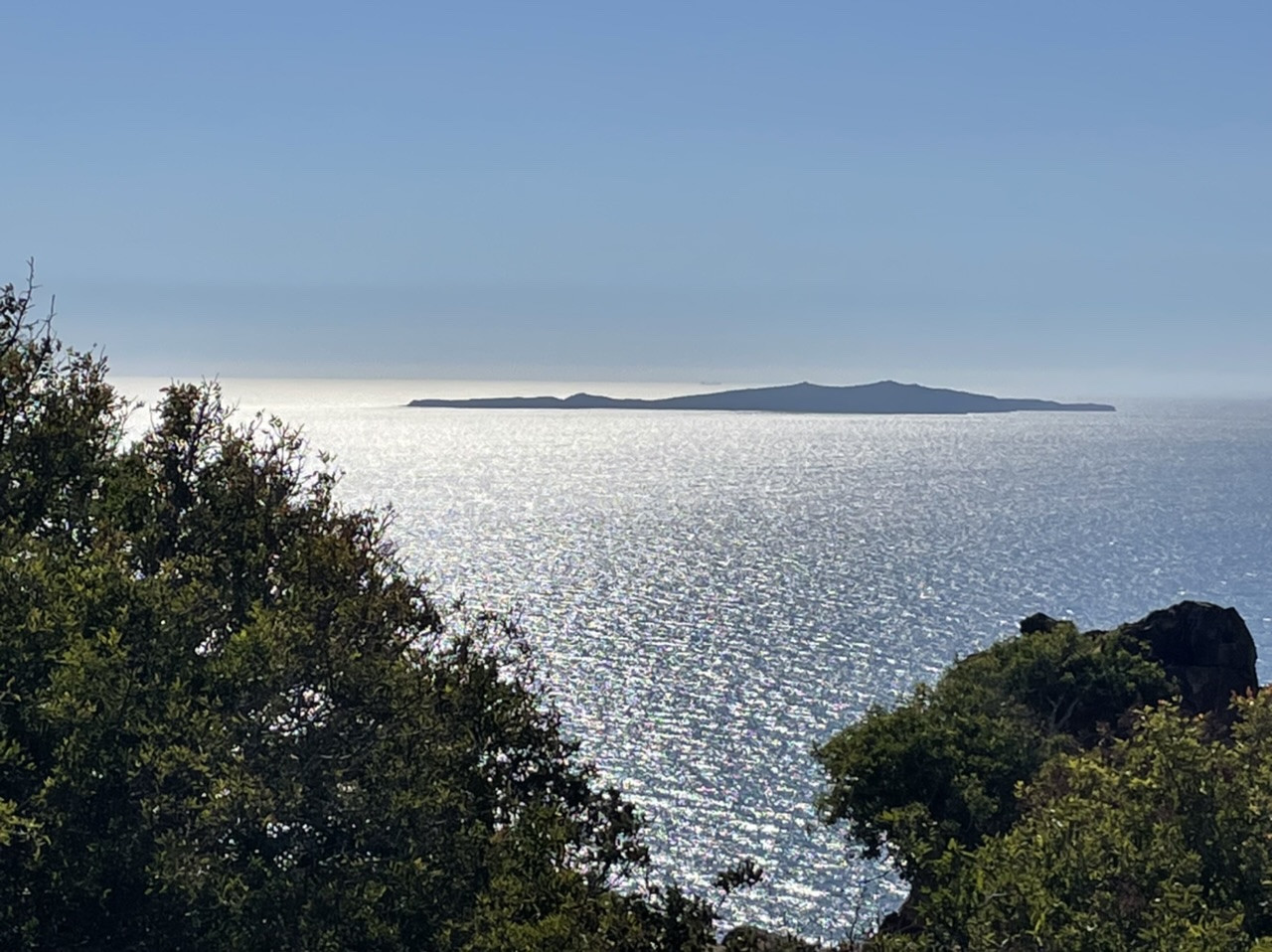