We had already read and seen a lot about the volcanic island of Milos at home. Besides Astipaleia, this was the second island in the Cyclades that we really wanted to visit. So - when the Meltemi had subsided - we set off from Ios. With winds from the north-northwest around 20 knots, we made good progress to the west. A little over 40 nautical miles to the port of Adamas on Milos. Before that, we anchored on Kimolos in Paragonisi Bay. A big bay, no swell, sunset and a few minutes later the full moon came over the mountains. So beautiful! On the way there we had admired the rugged, bizarre and colourful rocks on the south coast of the small island of Polyaigos. After a quiet night, we continued past bizarre rock formations to Milos and the large bay of Adamas. We moored at the floating jetty in the harbour and were amazed that so many boats were still out at this time in the year. Five other boats wanted to dock with us almost at the same time. Obviously, the charter season is not over yet and Milos is a popular destination.

We don't just like to be on the water, we also like to look at the land. It was clear that we would take our time for Milos. But what should we write about this spectacular island? Where to start? We hiked again and rented a car for a day, saw the north-east side and the south coast with its spectacular rock falls and beaches. The pictures at the end of this blog entry speak for themselves. Pure volcanism, geologically highly interesting. A small bay was only accessible via two ladders in a narrow crevice. Would we pensioners dare to climb down there - especially as the safety rope had been torn off? We did it! We are still fit and quite free of anxiety, after all, we have been hiking a lot in the Alps. And we swam in the sea, too. The sea is still quite warm, but there were additional warm springs flowing out of the rocks. And on the beach, a sign pointed out that the sand can be very hot. The thermometer in the sand showed 80 degrees. So: take a look at the pictures. Milos is unique!

Now we have two days of rain and the next Meltemi announces itself, north wind without end. We thought the wind would be a bit more merciful in October. Actually, we want to head north, over the islands of Serifos and Kythnos, and then sail over to the Peloponnese to Poros. No, we don't have to do that in 40 knots of wind! We can take our time, we also have a bit of work to do on the boat. We stay a few more days on this interesting island, weather the next Meltemi and then want to make a long trip west to Monemvasia. 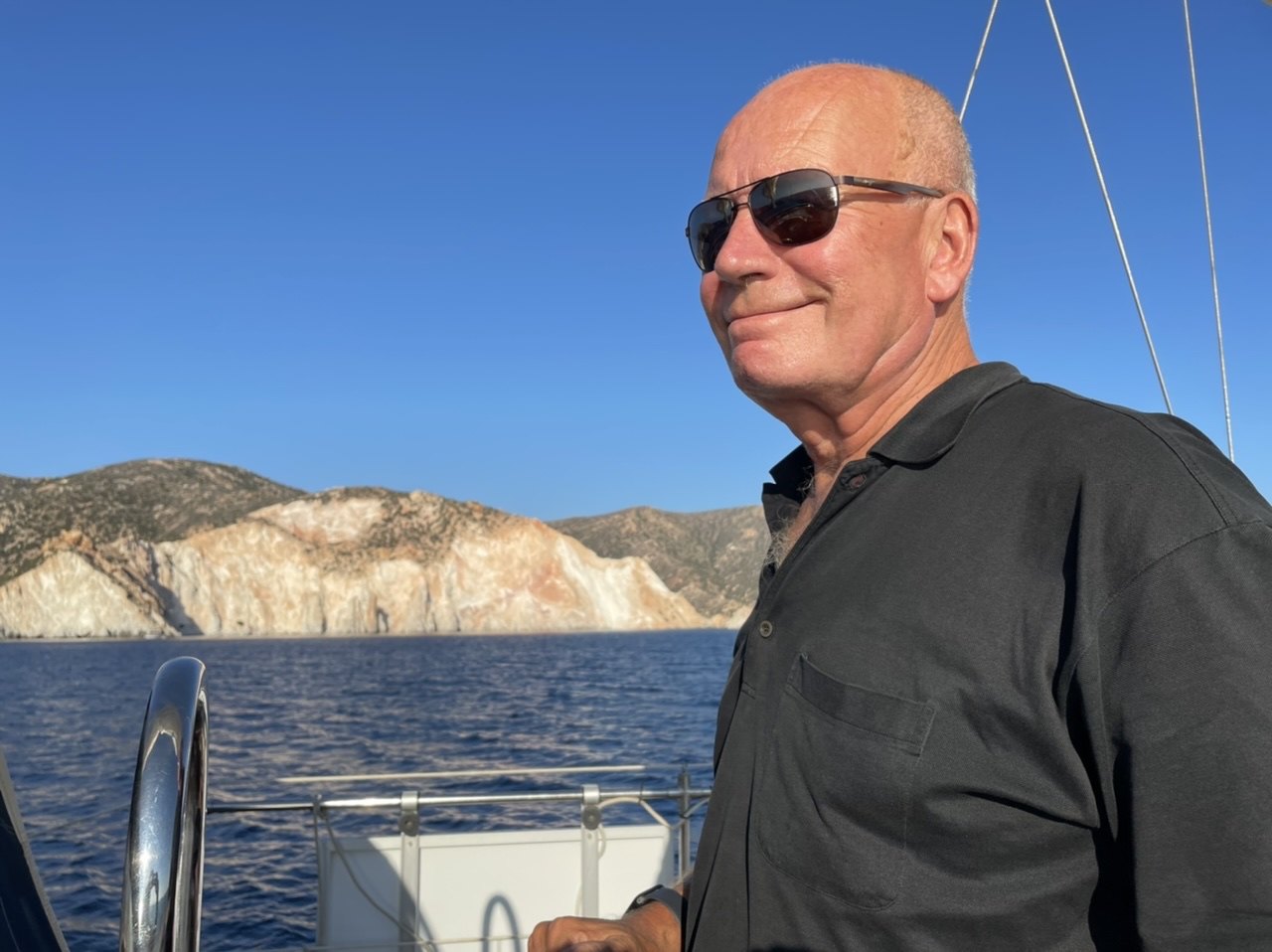 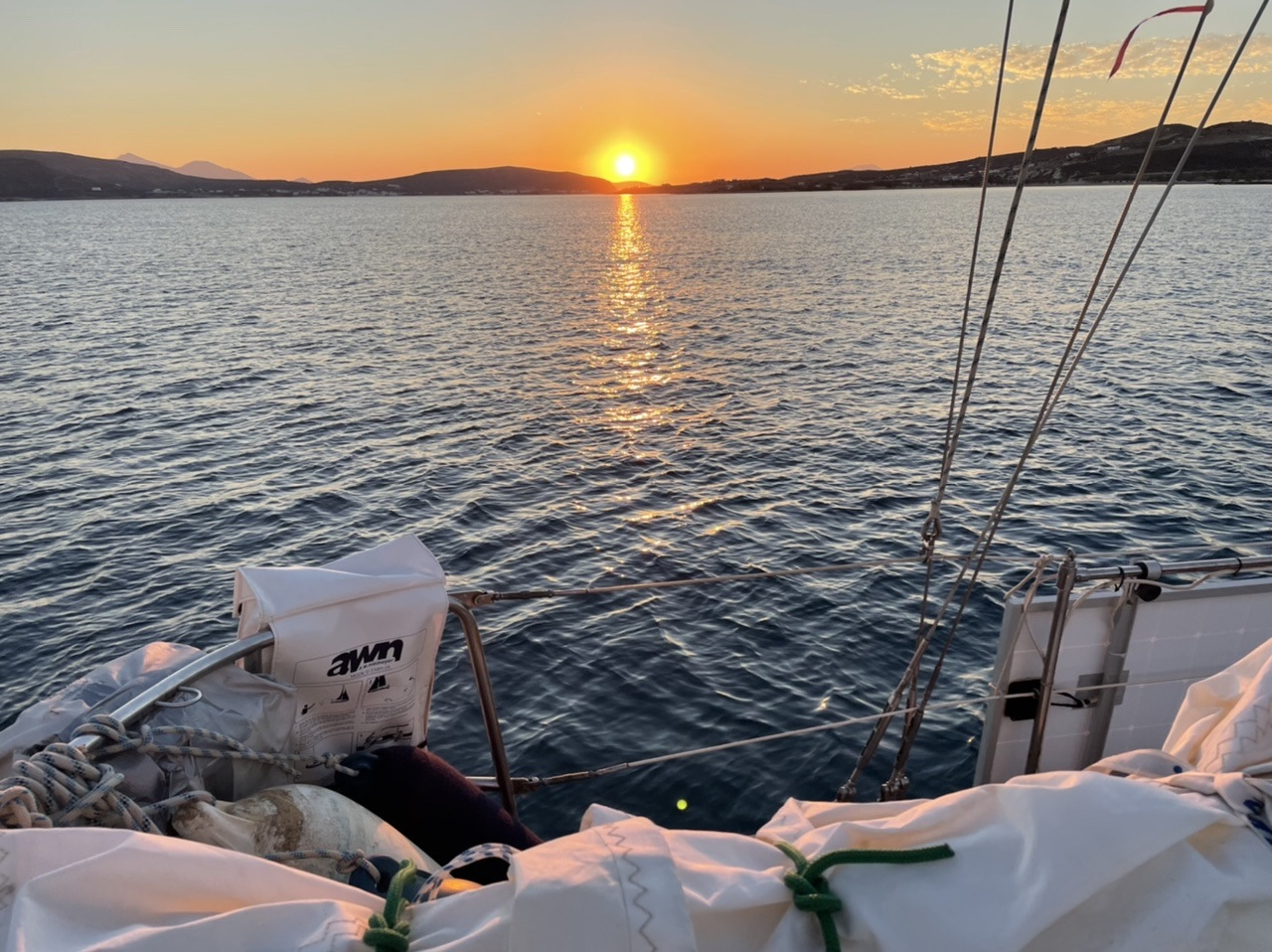 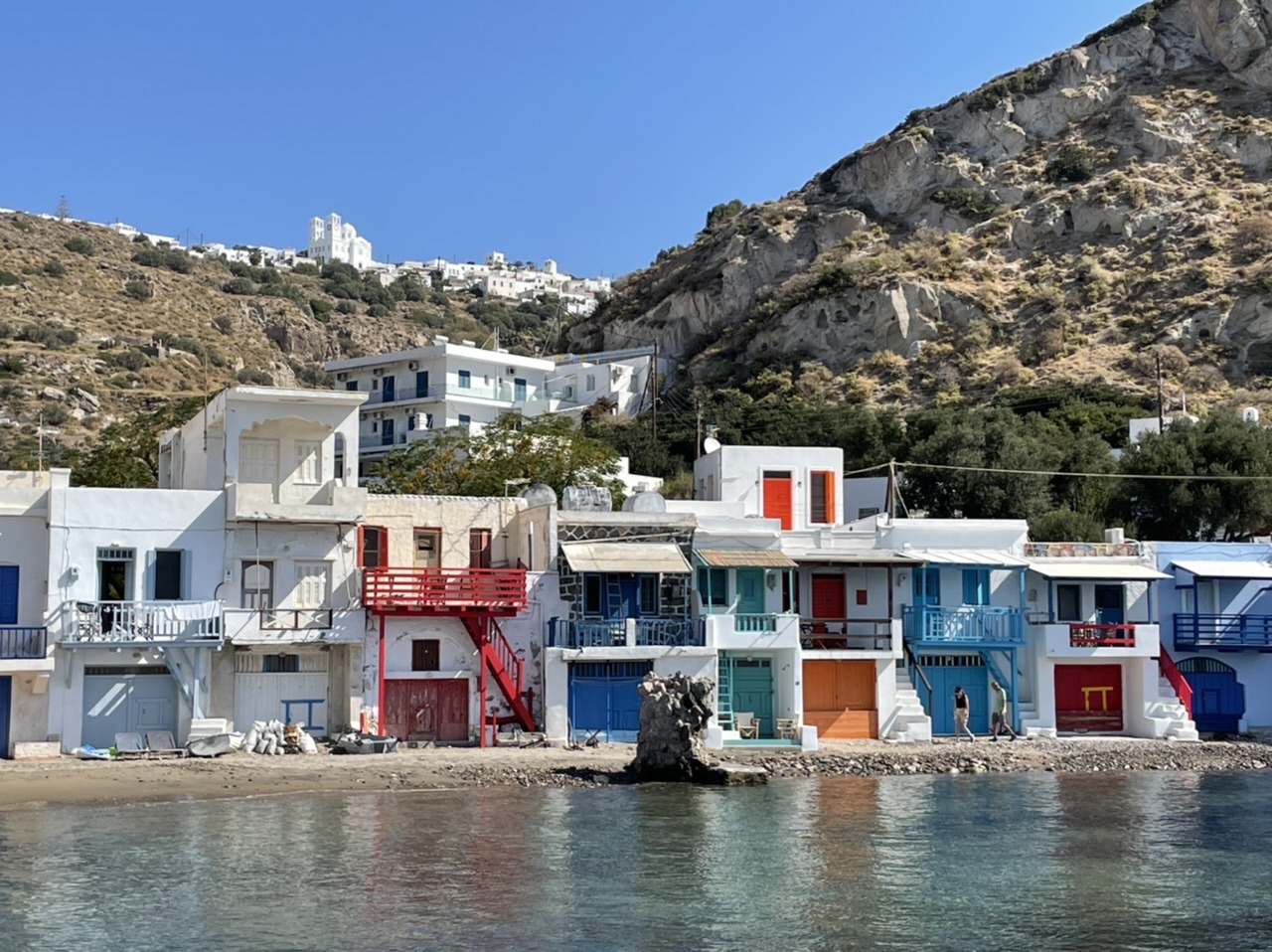 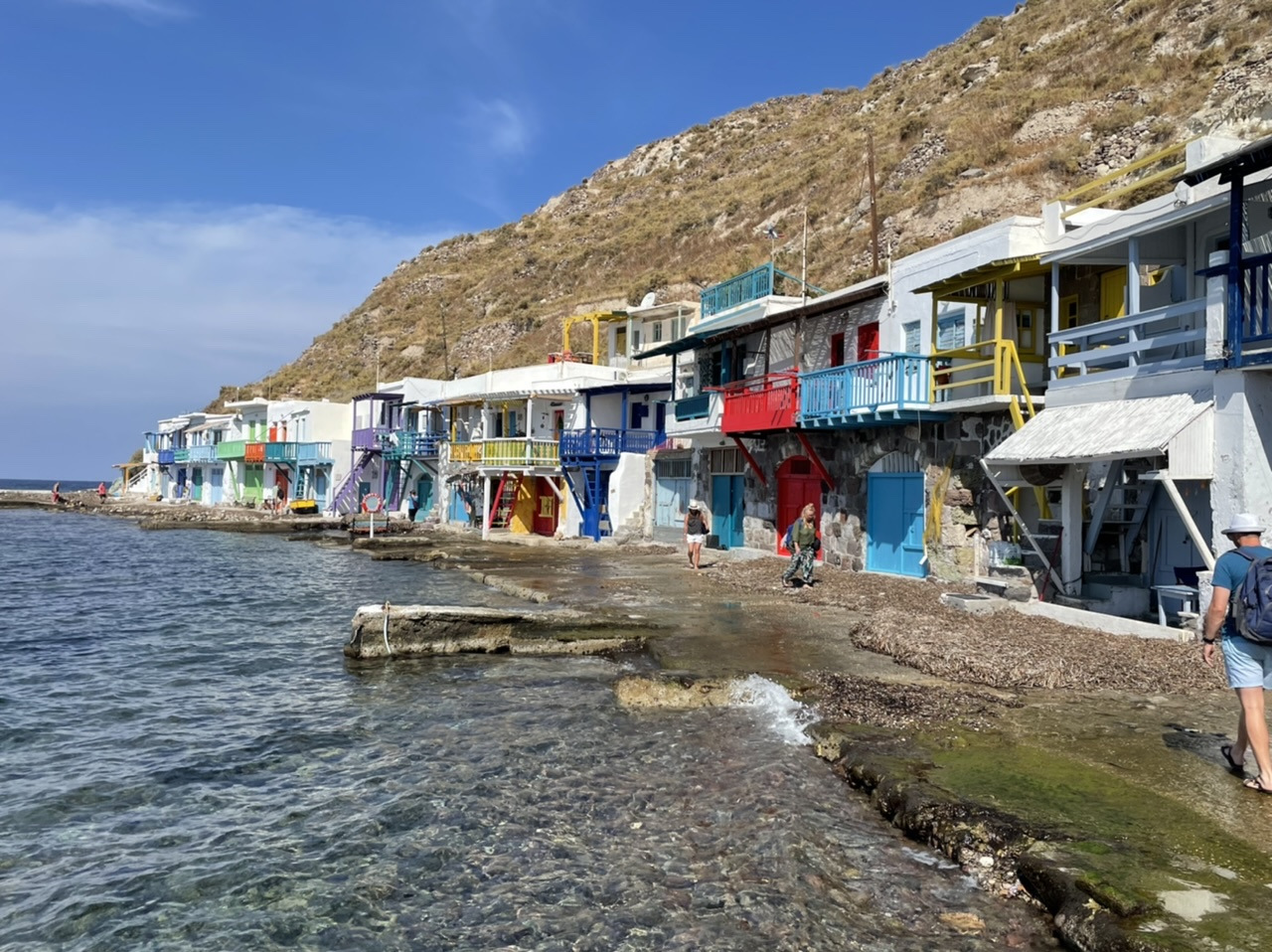 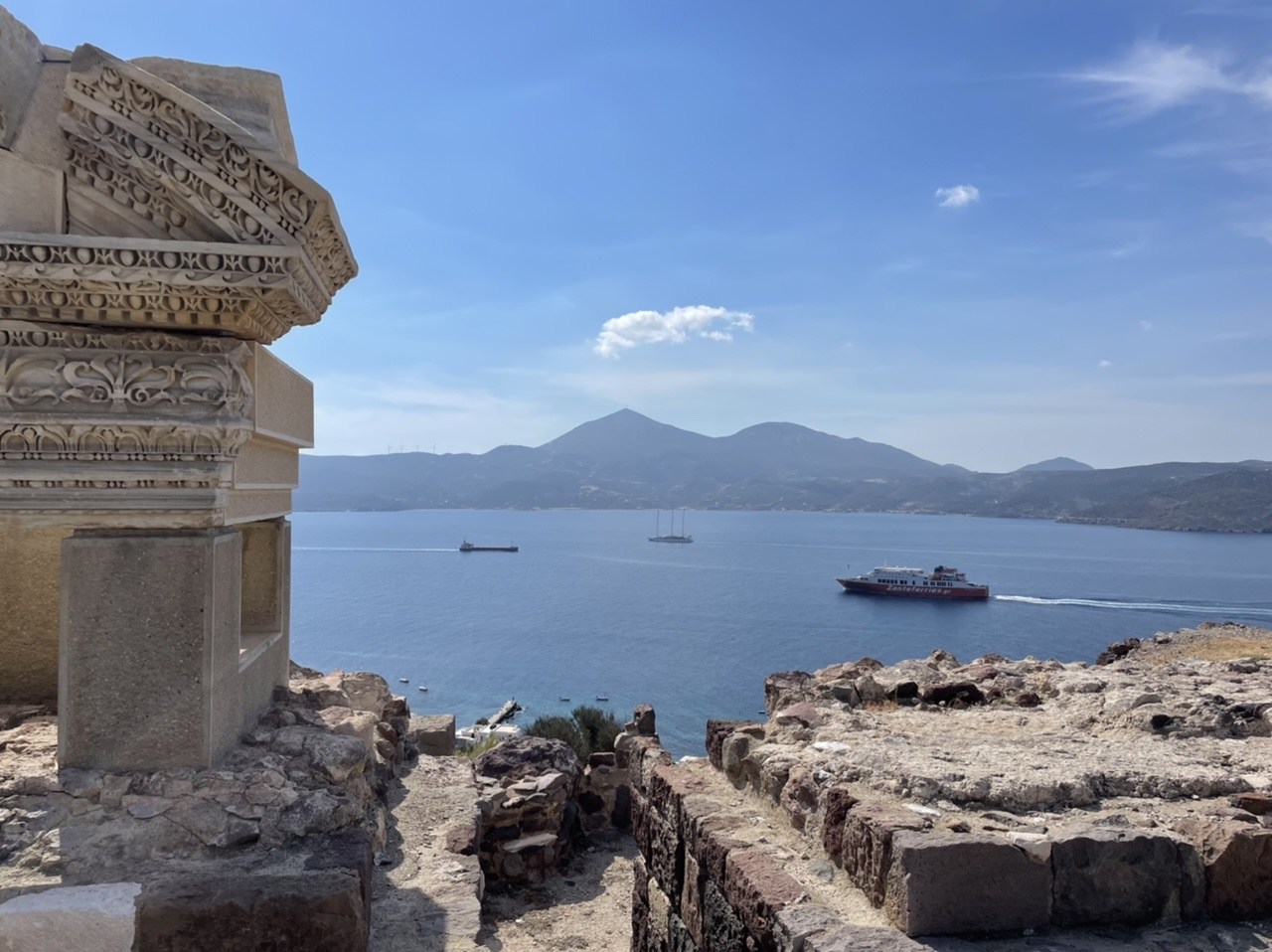 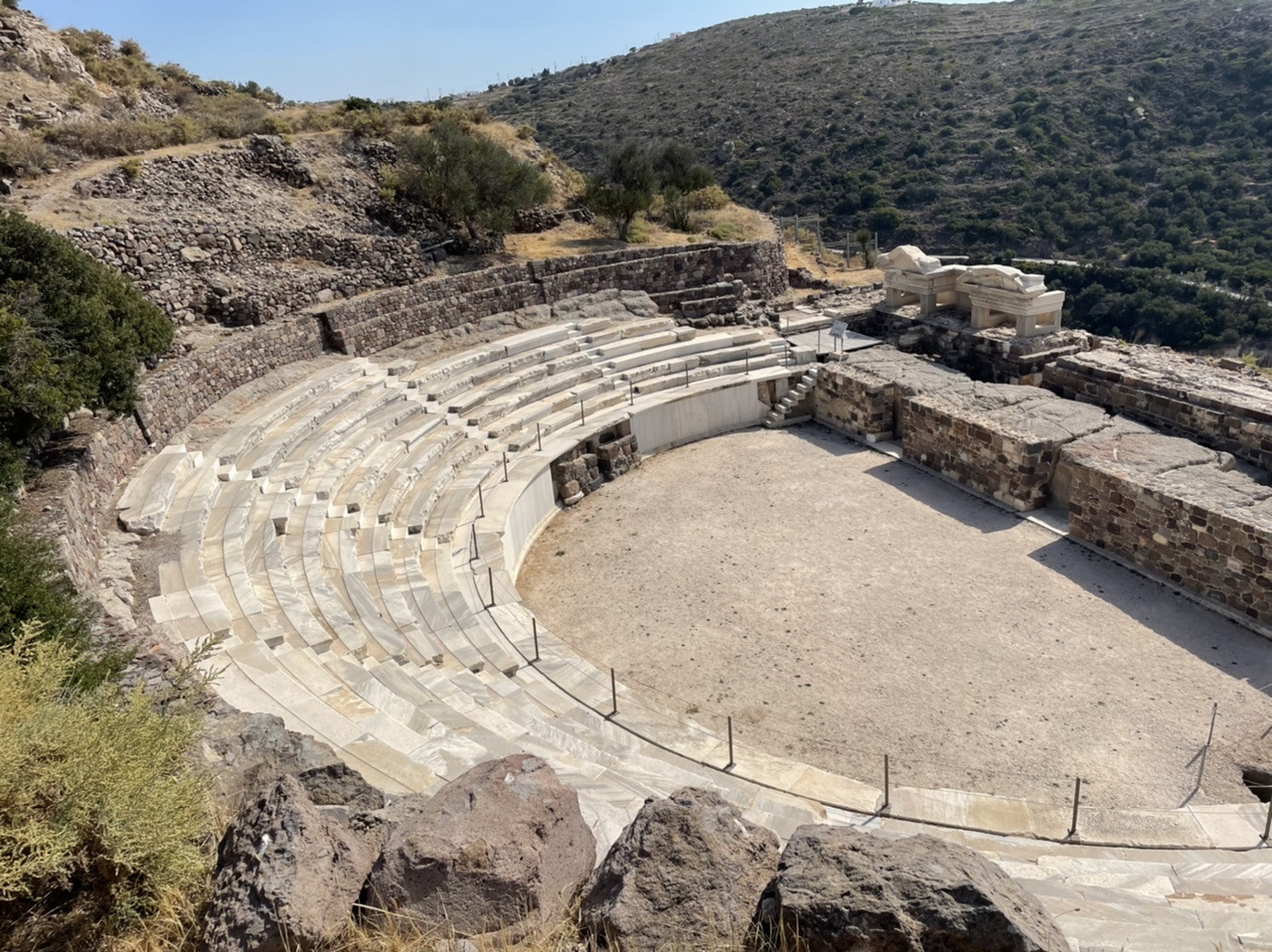 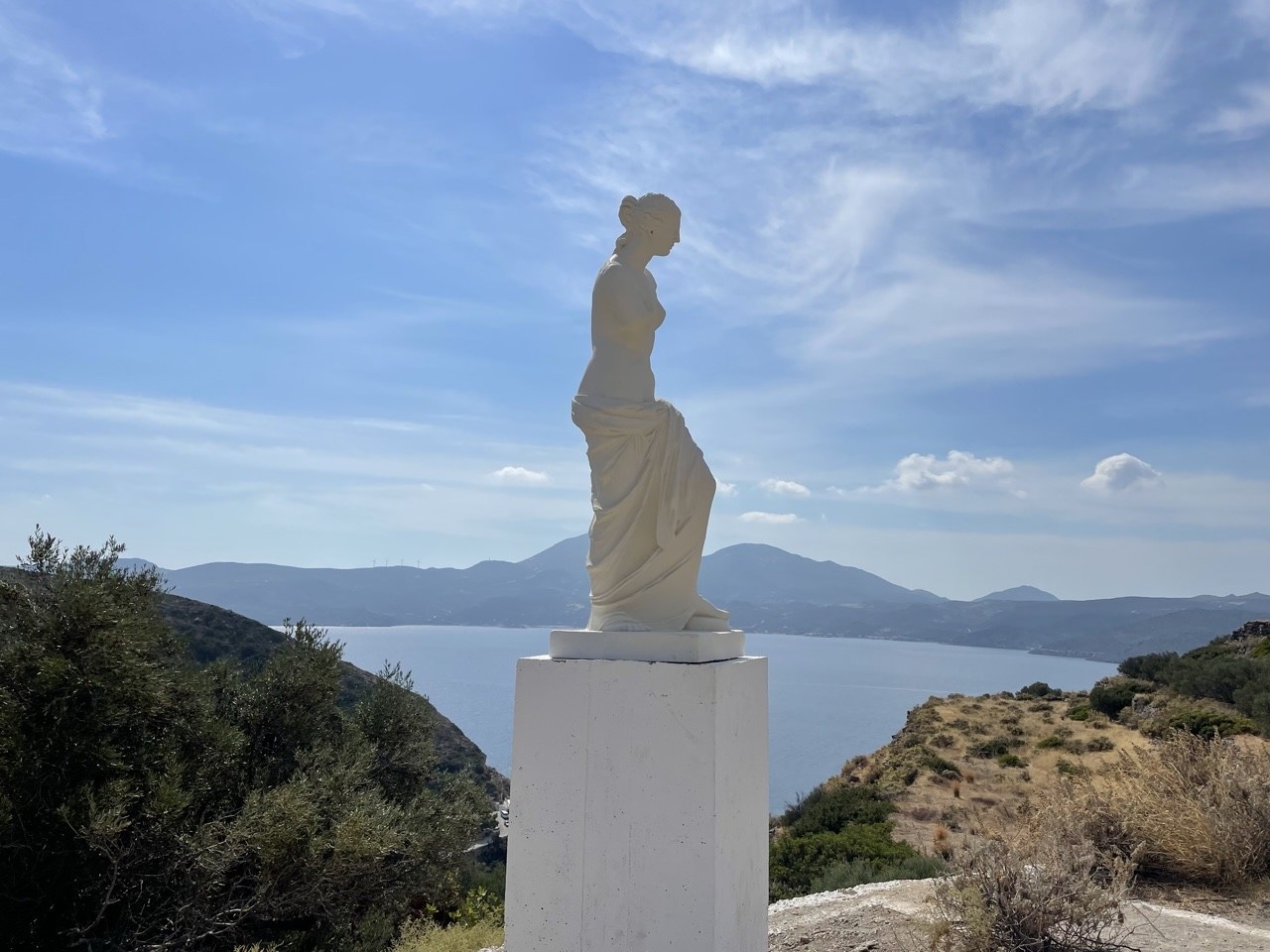 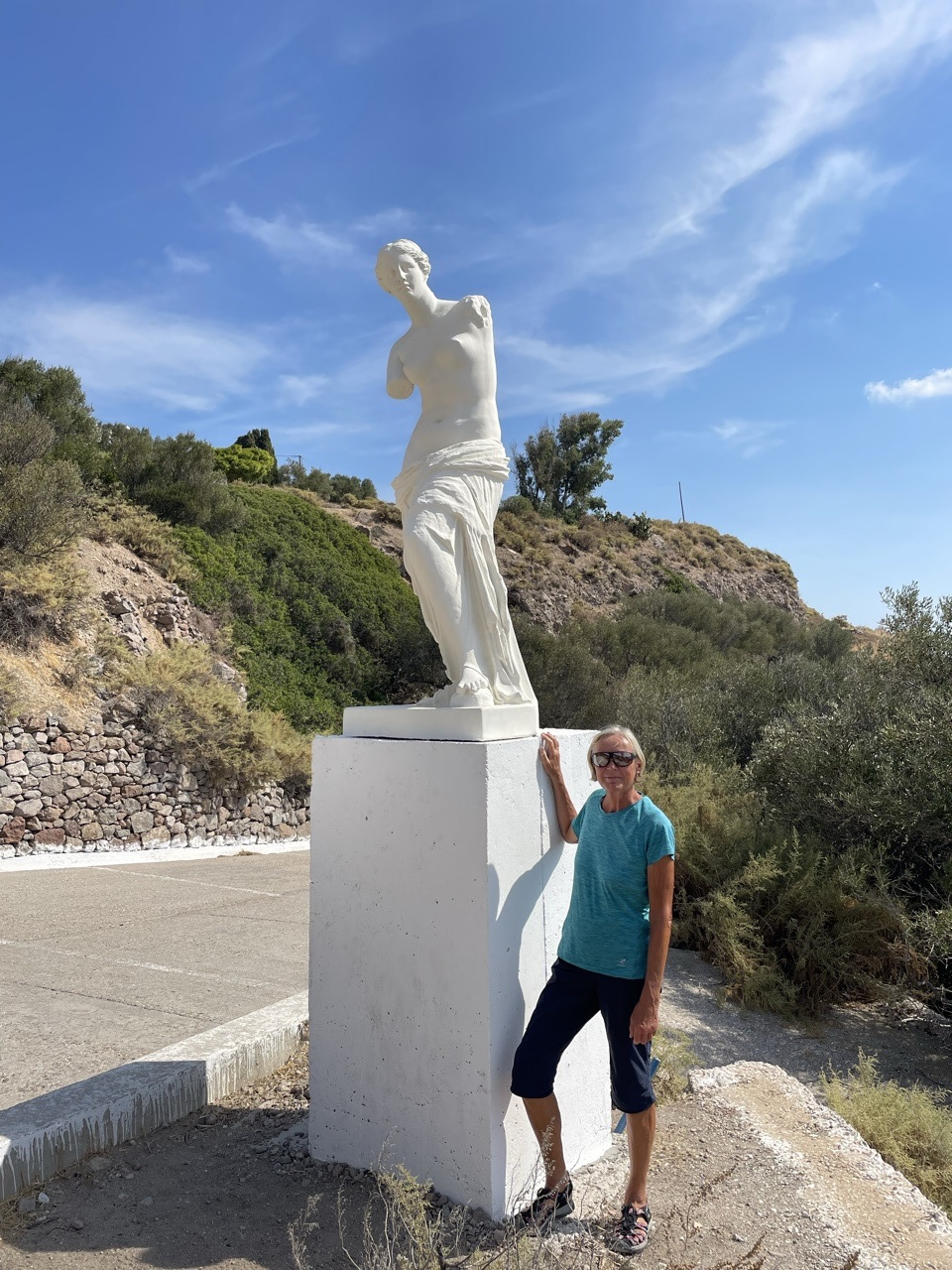 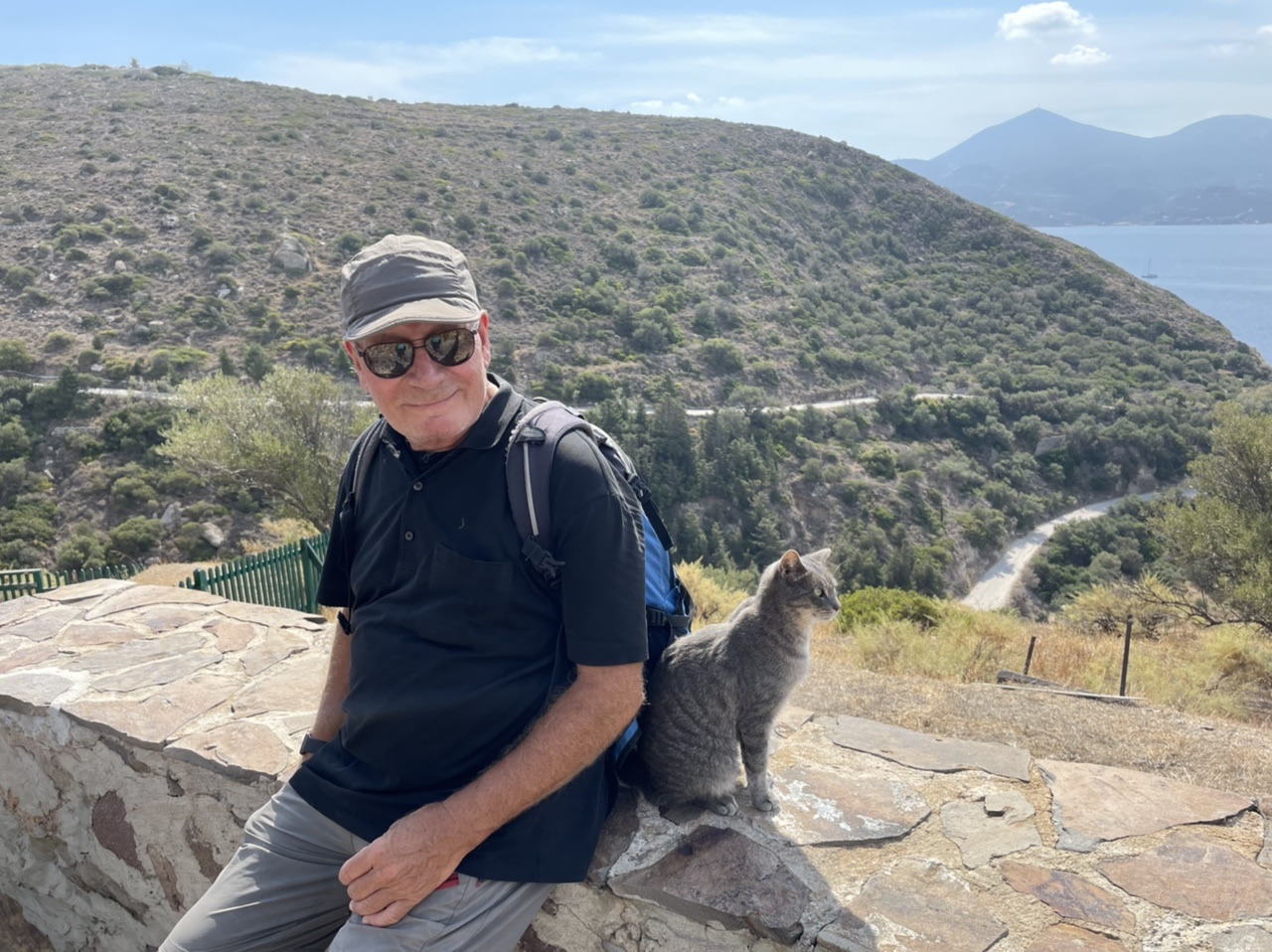 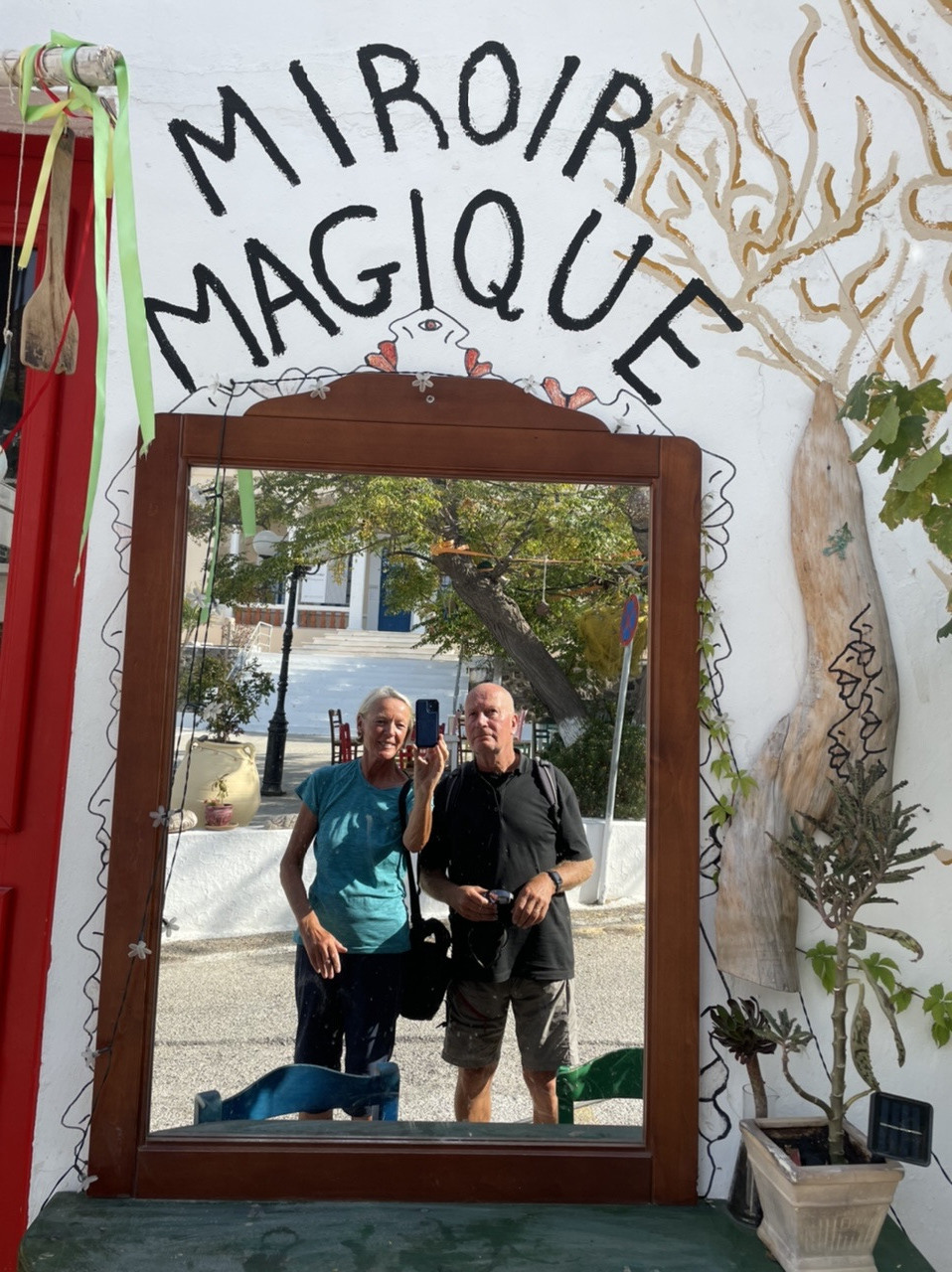 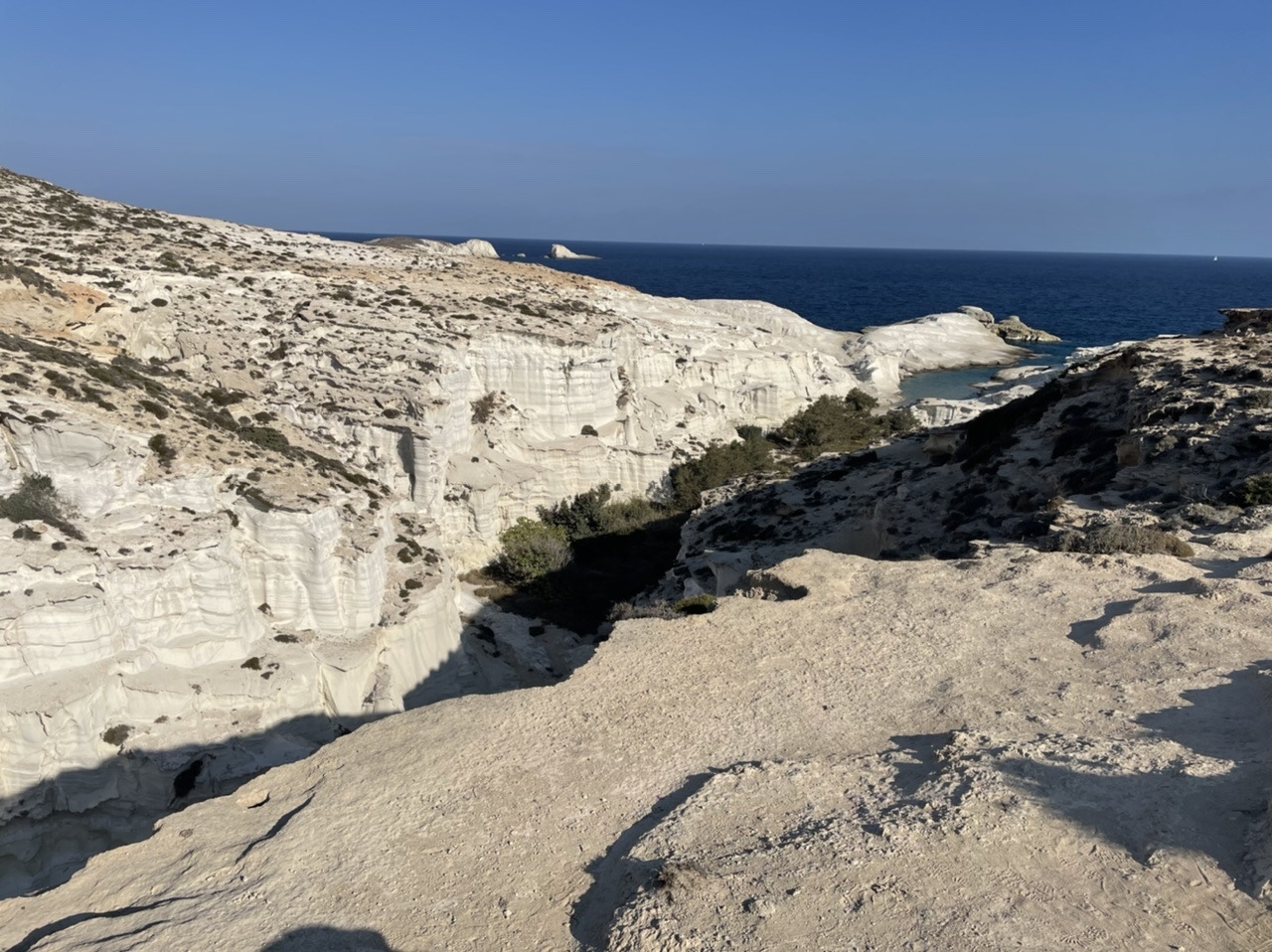 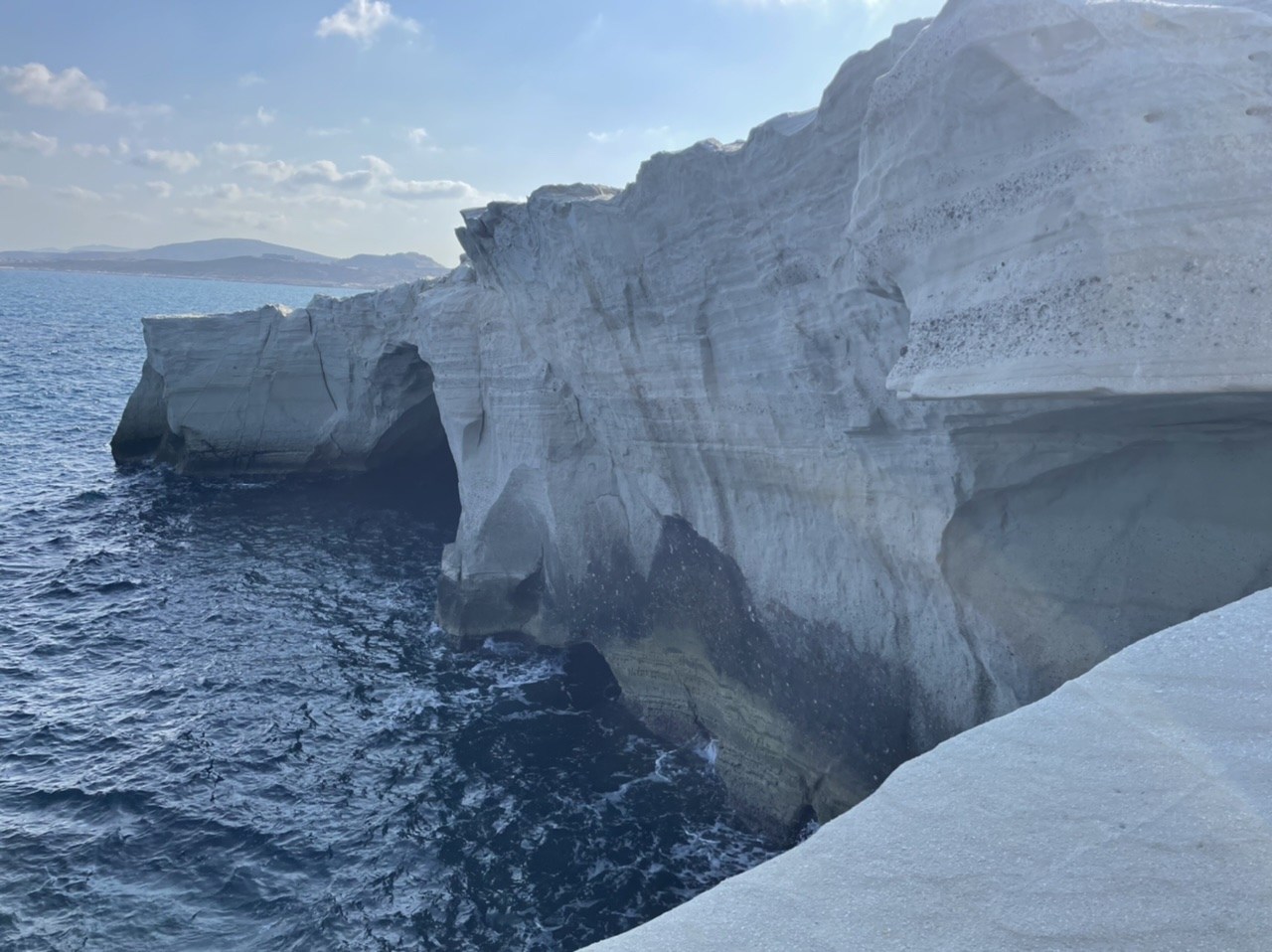 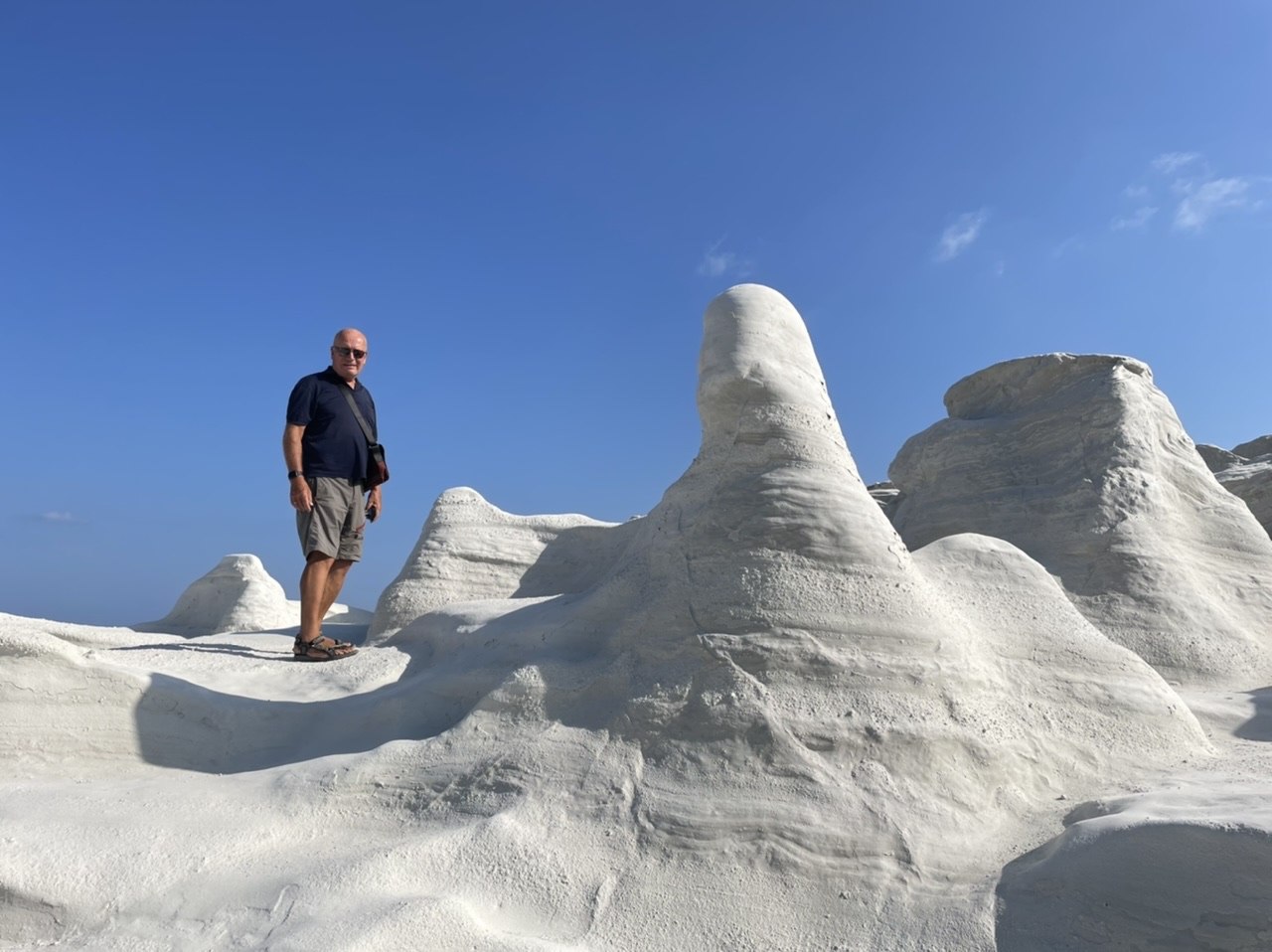 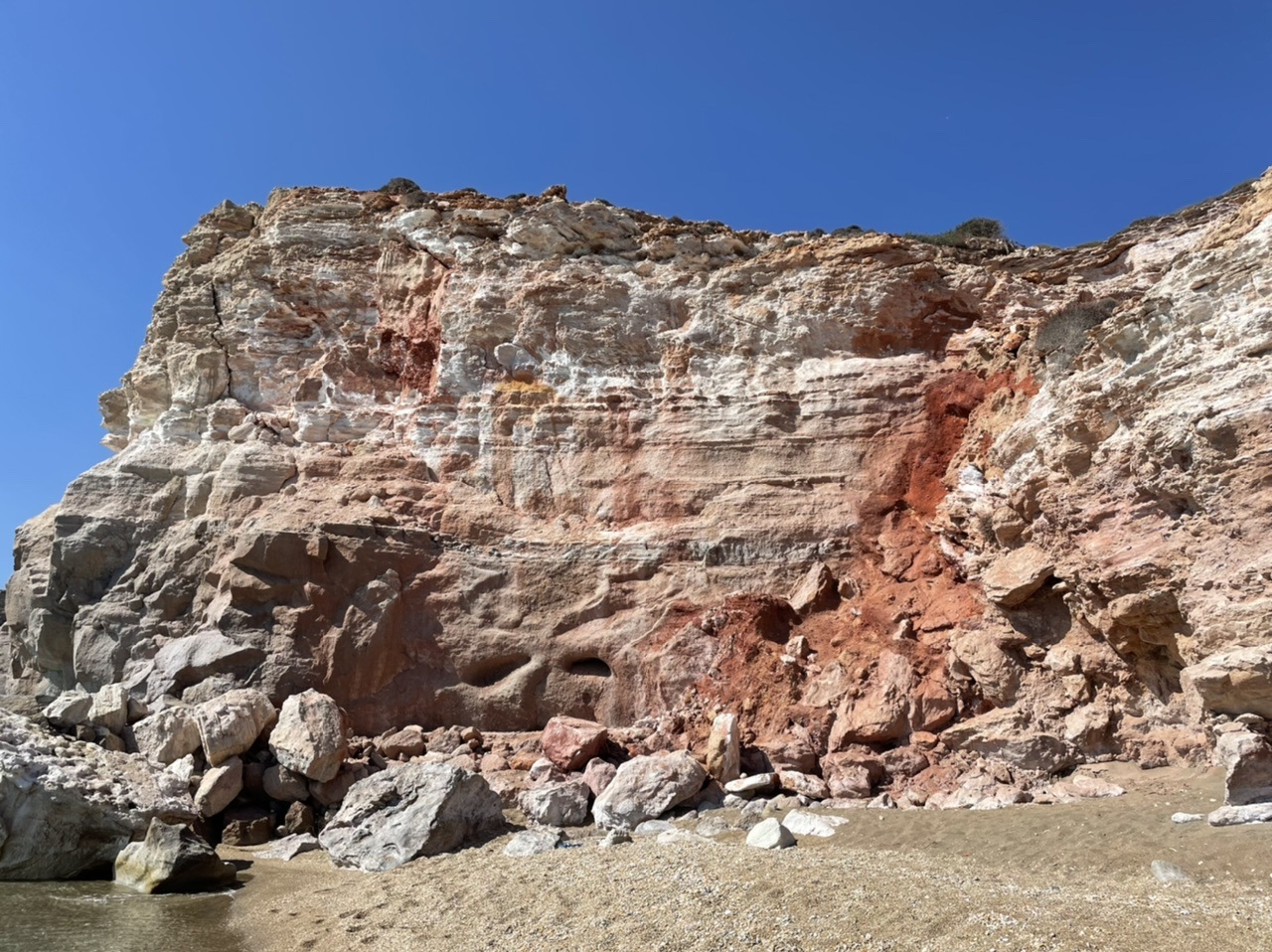 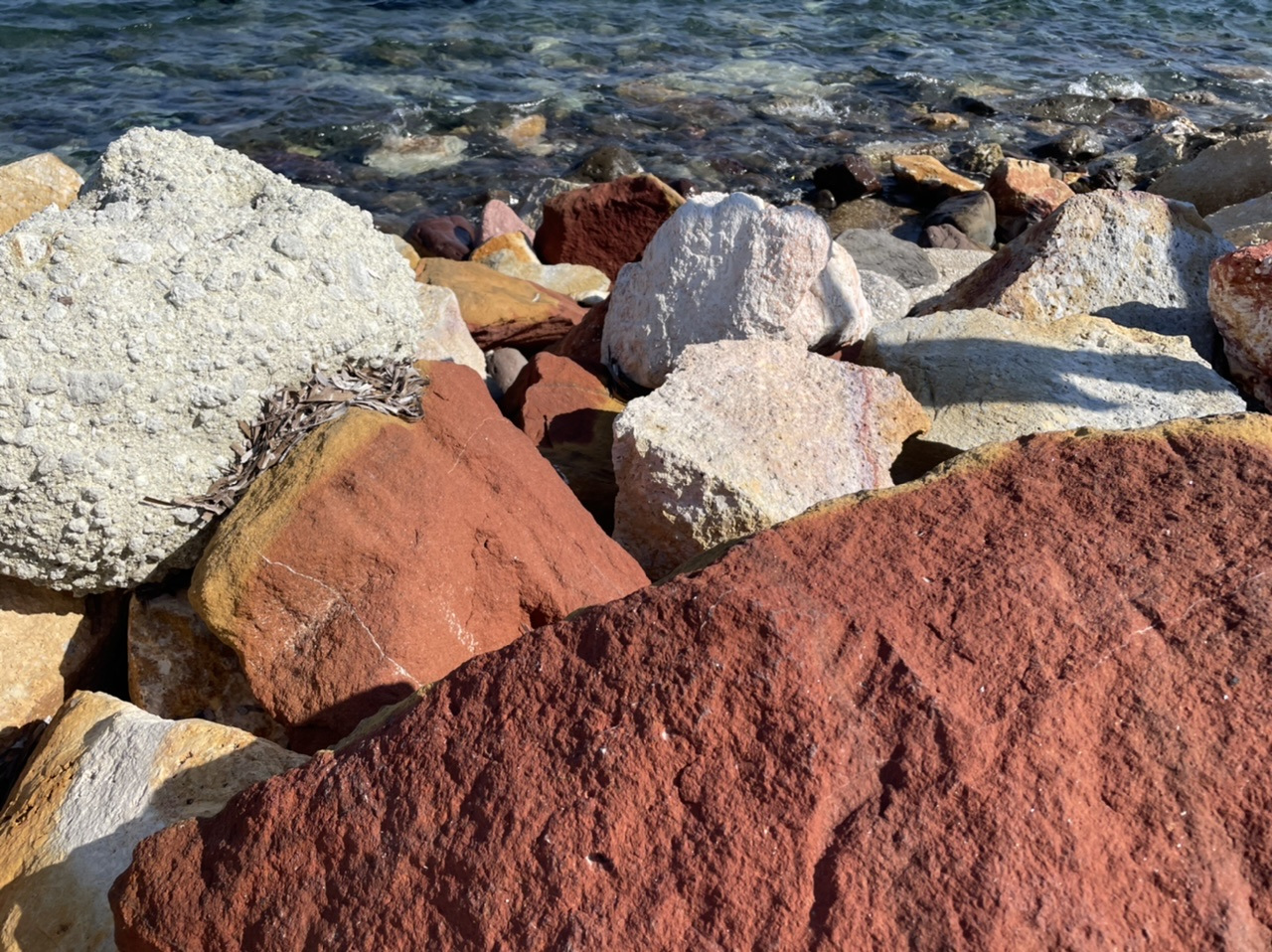 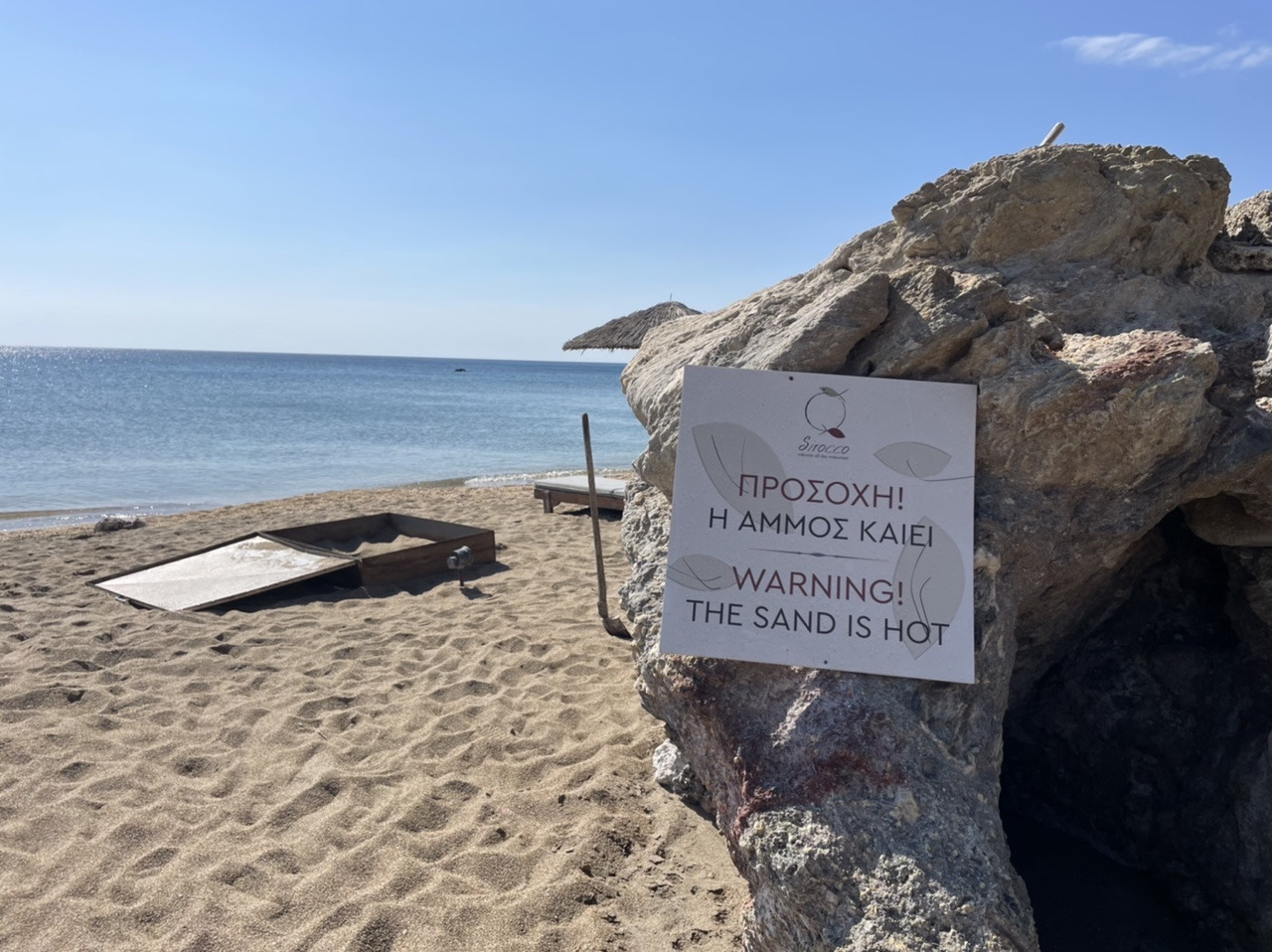 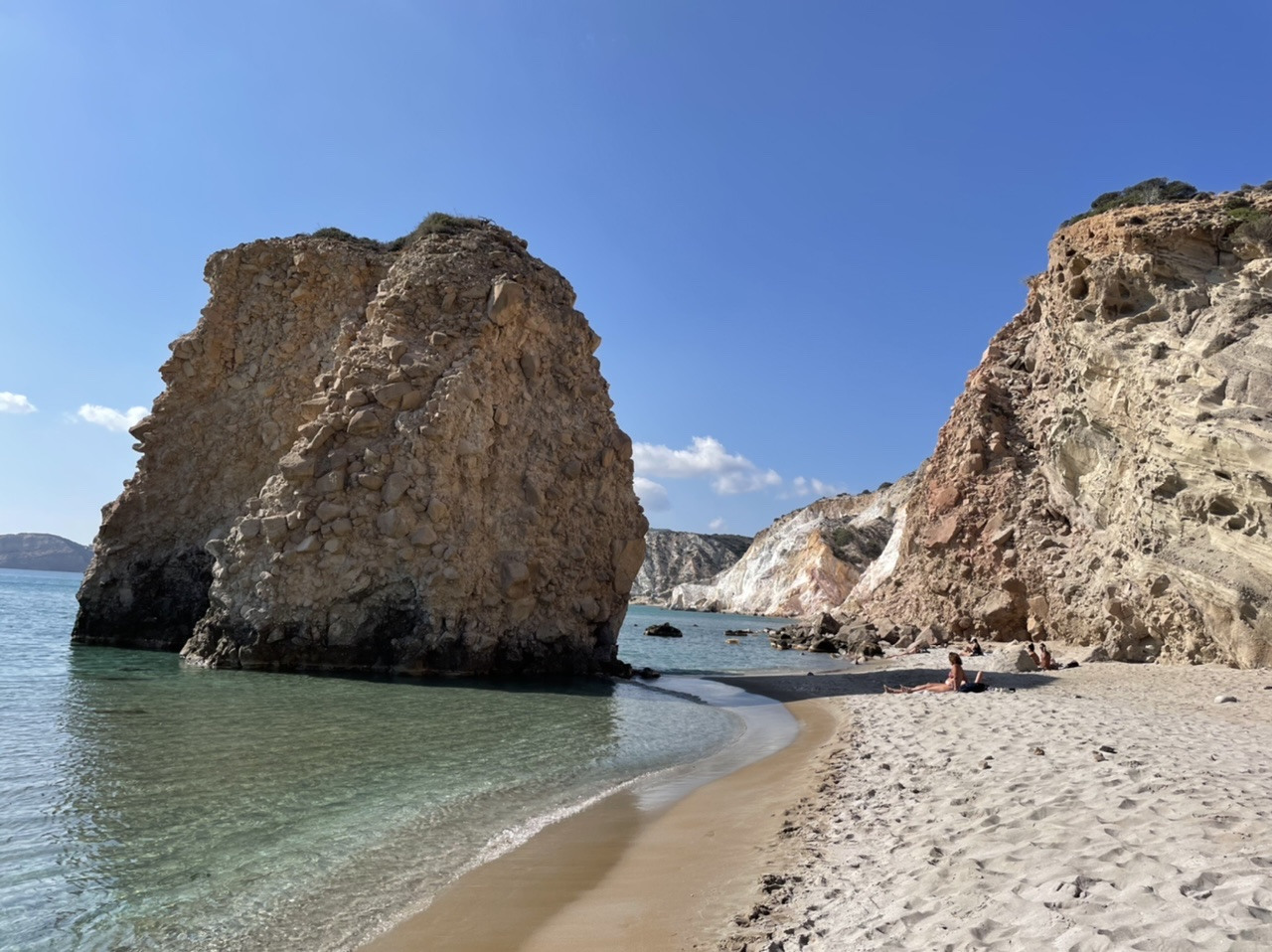 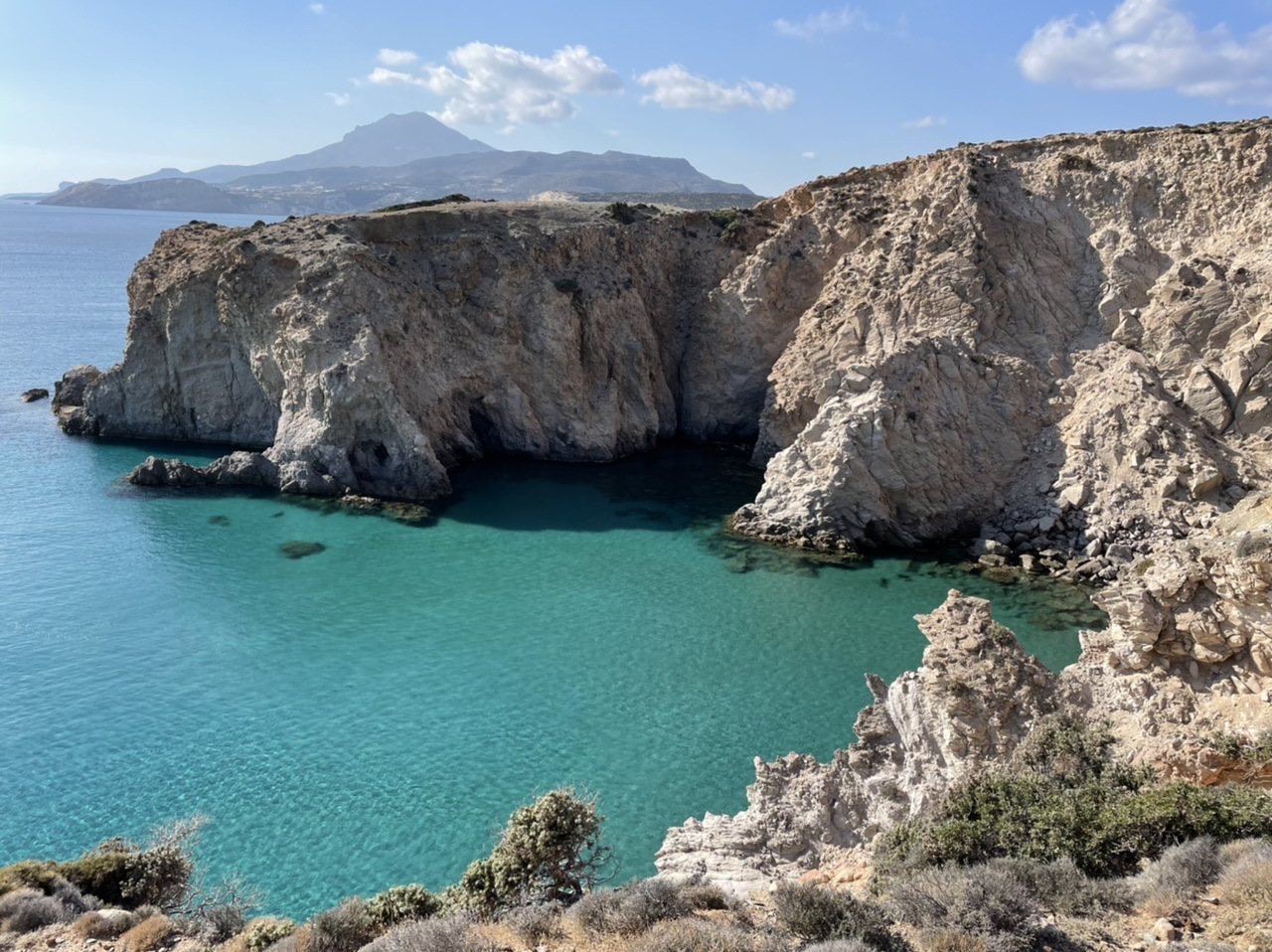 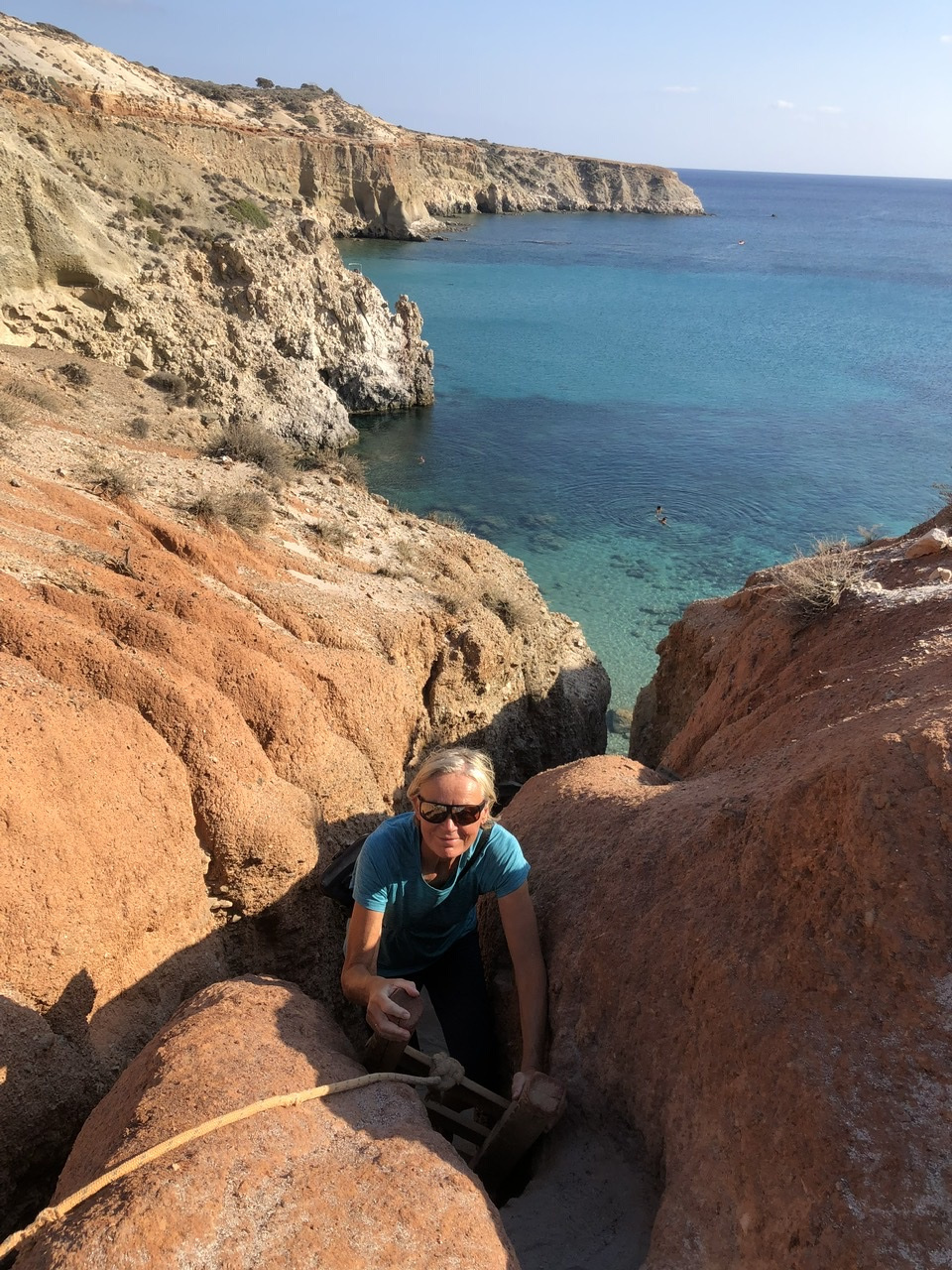 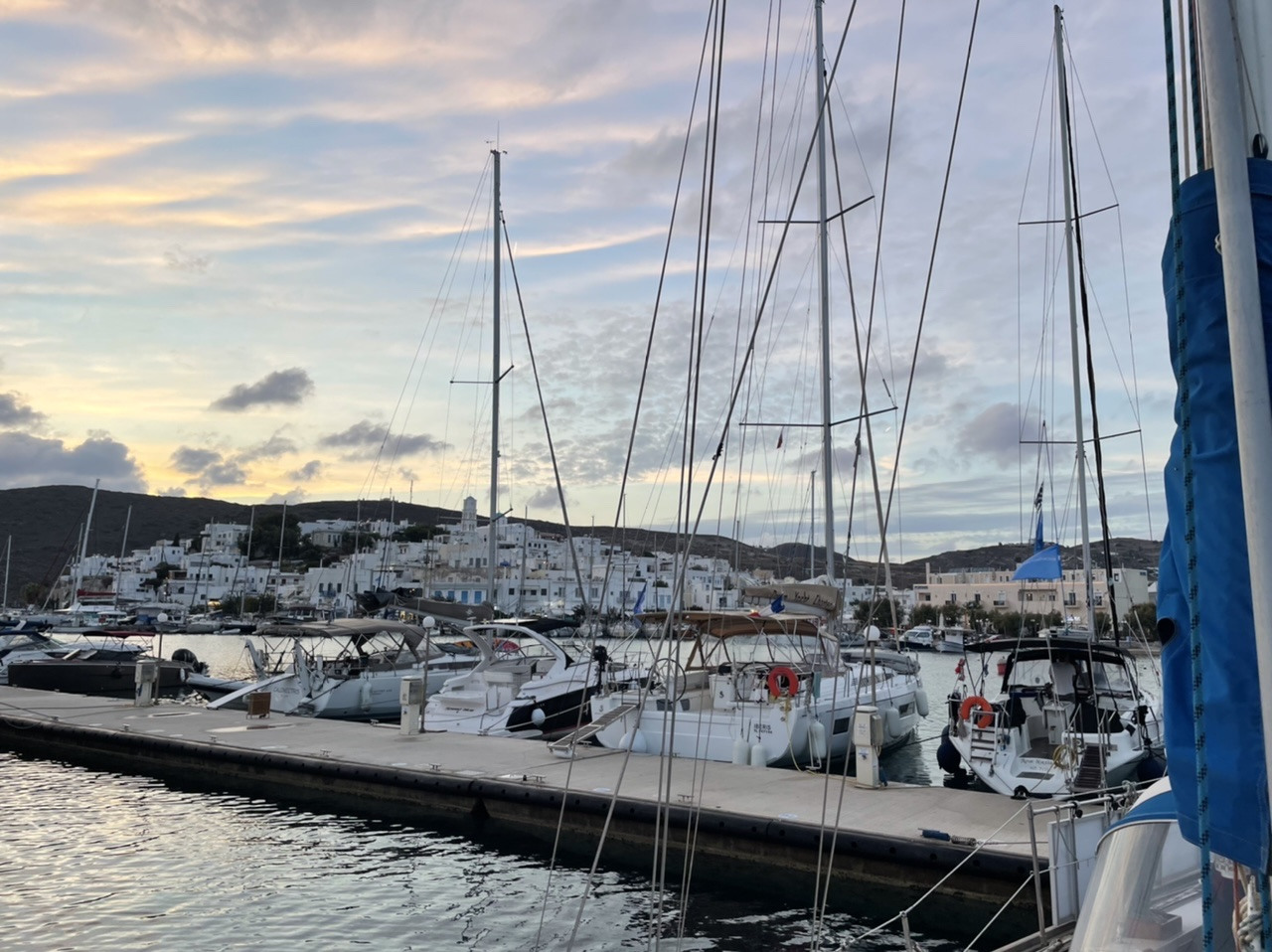 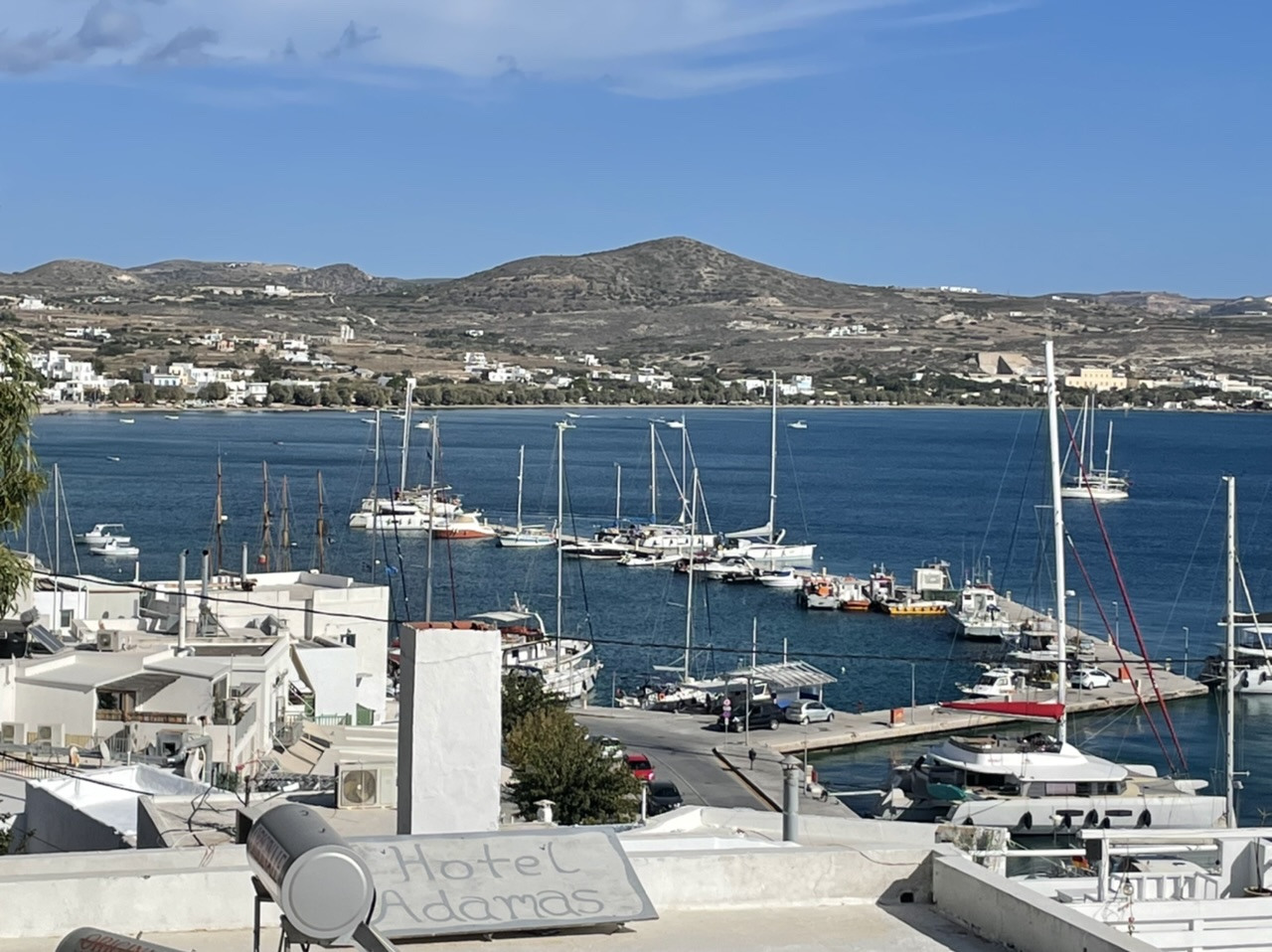