If you know jazz, you know that "Midnight Voyage" is a jazz song by Michael Brecker. We keep finding references between sailing and the music we make. "Midnight Voyage" has Walter's band "Jazz Pastry" (link) in their repertoire in their own version of their singer as " Nachts unterwegs”. This fits in with our journey from the island of Milos back to the Peloponnese.

On Milos we wanted to take our time to explore this interesting island. We stayed a little longer than planned because the Meltemi held us for days. It was not very comfortable in the harbour of Adamas at the floating jetty. Although we were safely moored in the strong north wind of up to 40 knots (you have to leave immediately if there is a south wind), our boat was rocking very strongly, the wind was directly in our cockpit and we had difficulties getting off and on board via our passarelle, depending on the gust. But we are experienced climbers. The ferries were not running. And we could observe how some boats moved to a supposedly better place. One of them lay down with the bow to the pier with a distance of 7 metres, stern anchor and six lines to the pier. It looked like a spider's web. It took up three berths for that.

Yes, and then there was a small window of time without strong winds. From Wednesday afternoon to Thursday noon. We took advantage of that, made a big strike, almost 70 nautical miles to the west, to the Peleponnes, to Monemvasia. We left in the late afternoon. Yassas Milos, you beautiful, interesting and windswept island!

It is as we have come to know the Aegean: either too much wind or too little. For our first night trip with Agalya: no wind! So we have to motor, too bad! But our Nanni purrs confidently. And at sunset, several dolphins visit us and make beautiful jumps, as if they wanted to bid us farewell from the Aegean. Several shooting stars during the night (so late in the year?), we can make a wish. And then we are faster than planned. As we are motoring, we arrive at Monemvasia at half past three in the morning, in the dark. We didn't really wanted that. So we anchored in front of the harbour. We know it, but they are still working on the extension with a dredger. And who knows what it looks like in there right now. We know that there are some rocks in it. We anchored in front of the harbour. There are already two boats moored there, they have taken the best places. There are lots of rocks on the bottom. During our first two anchor attempts, our anchor bumps over them and when we catch up, we hope that it is still on. On the third anchor manoeuvre we hit the right anchor ground. It holds and after a beer we can sleep at four thirty at night. In the morning we move to the harbour. The next Meltemi is supposed to come in the course of the day.

We are back on the Peloponnese. It's like coming home. Beautiful! We are quite relaxed and resting. 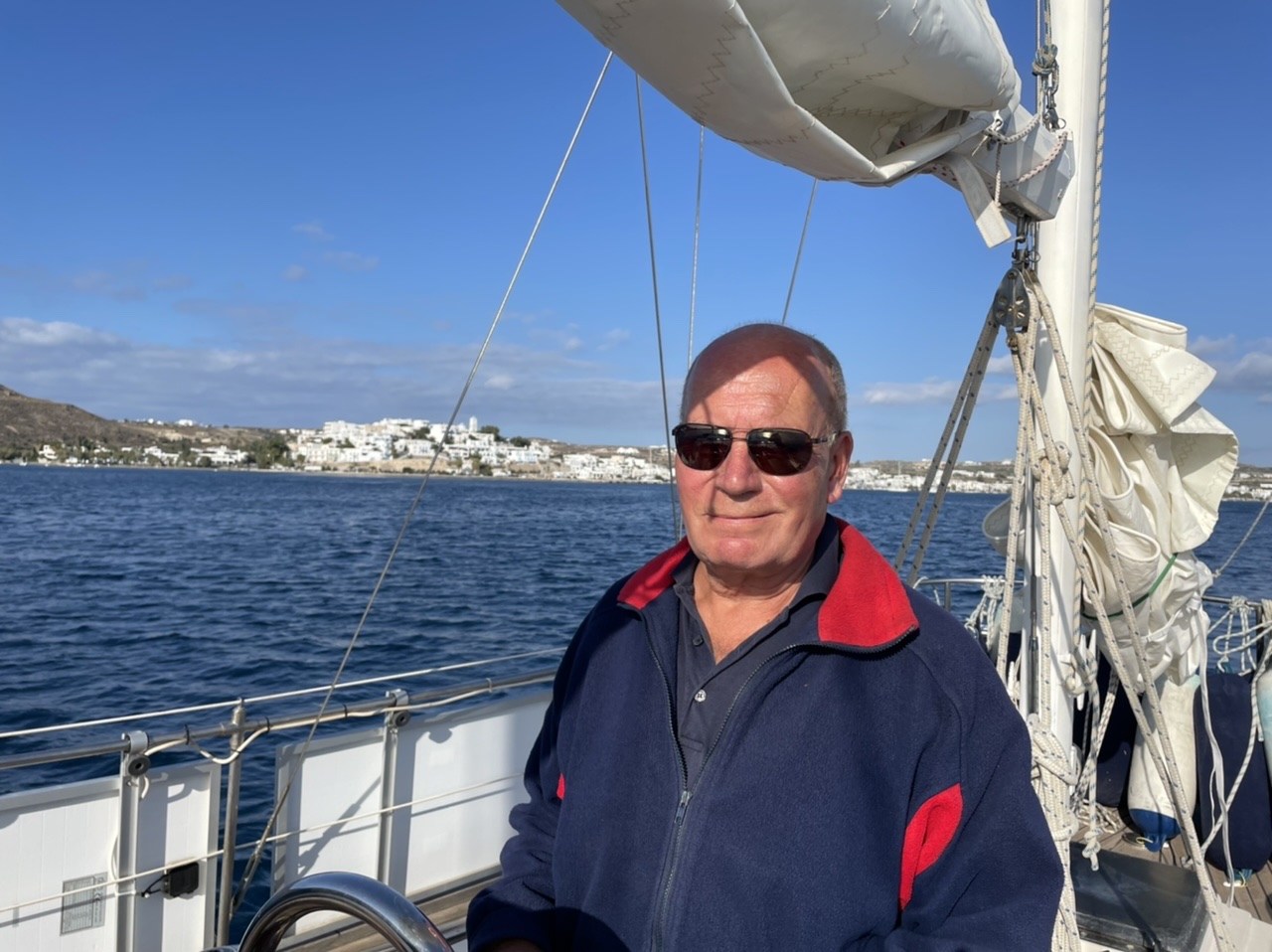 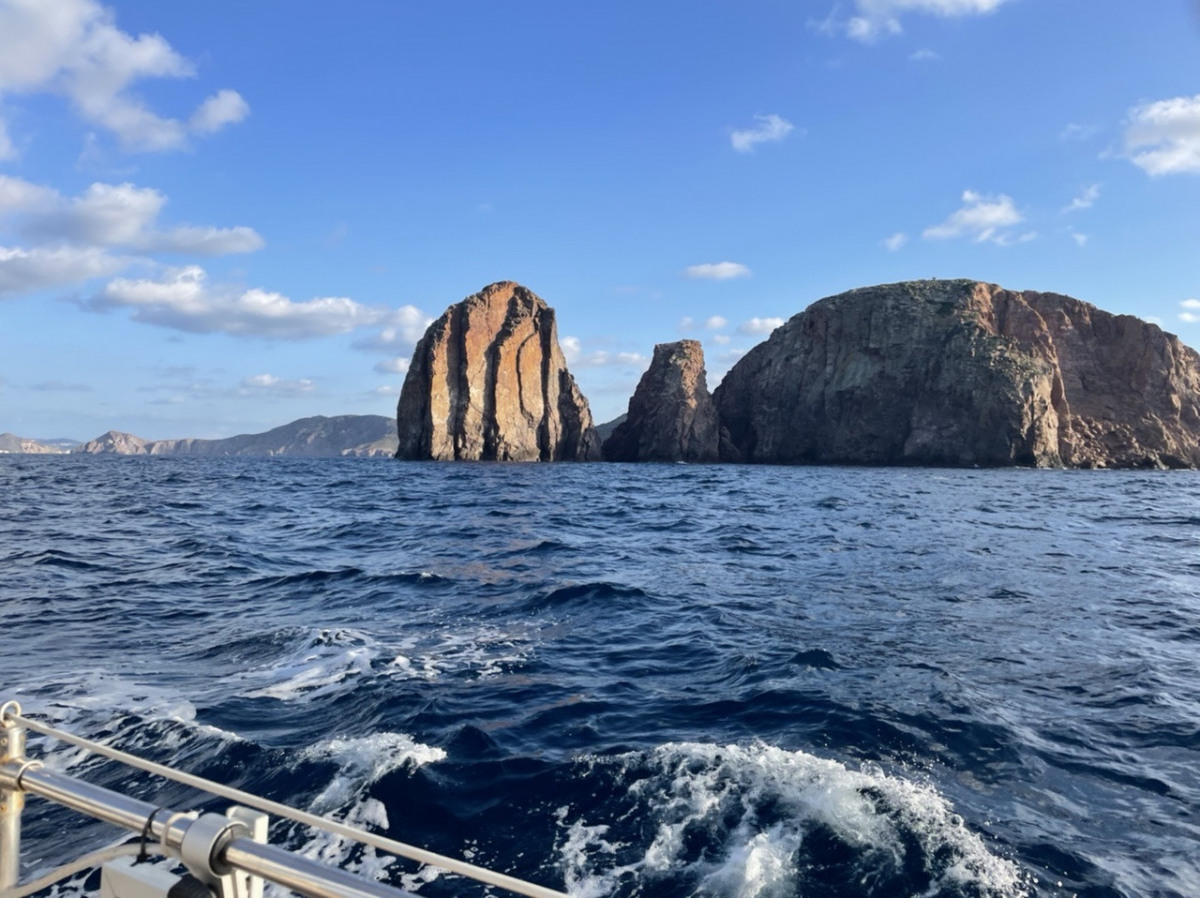 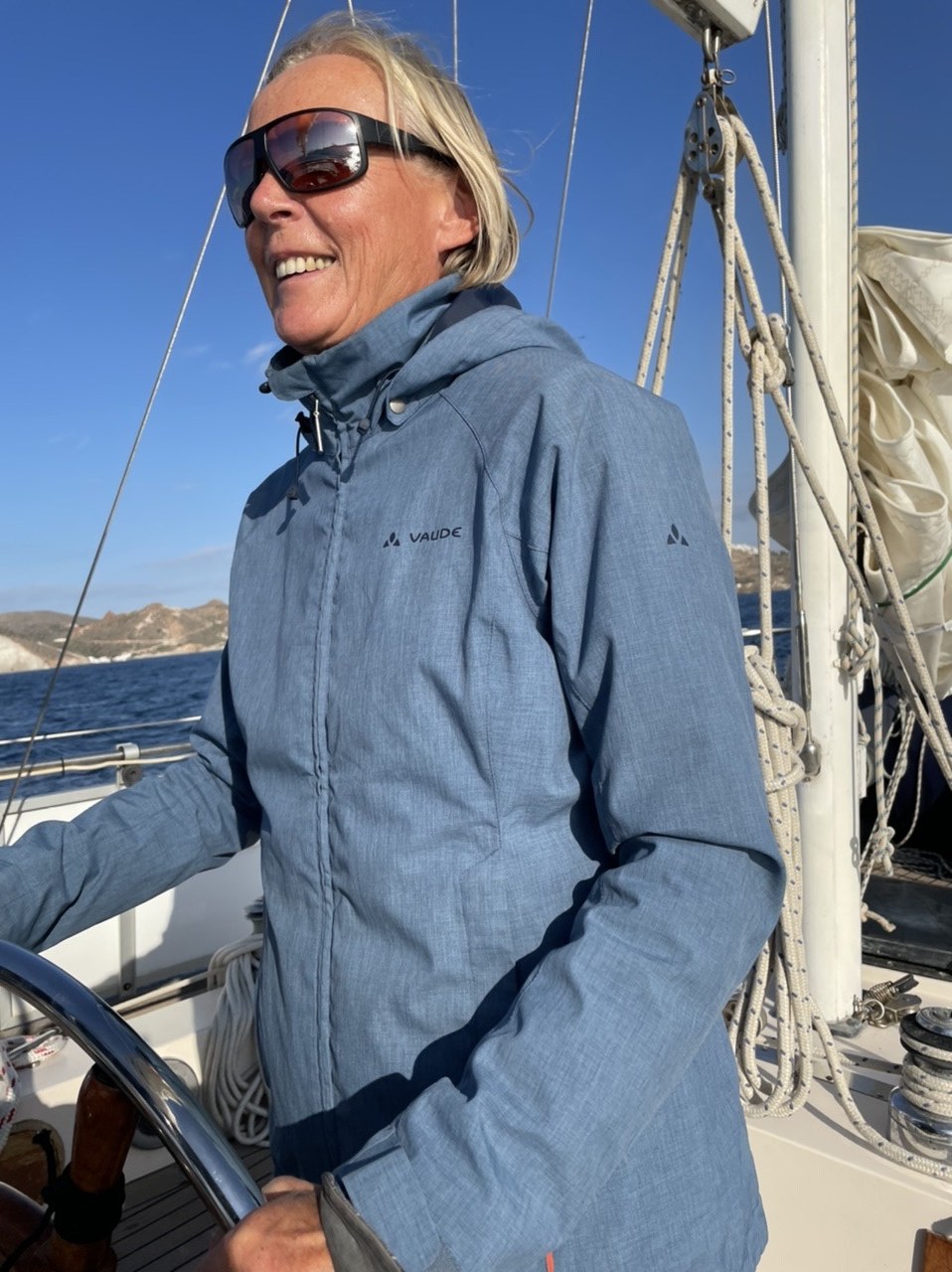 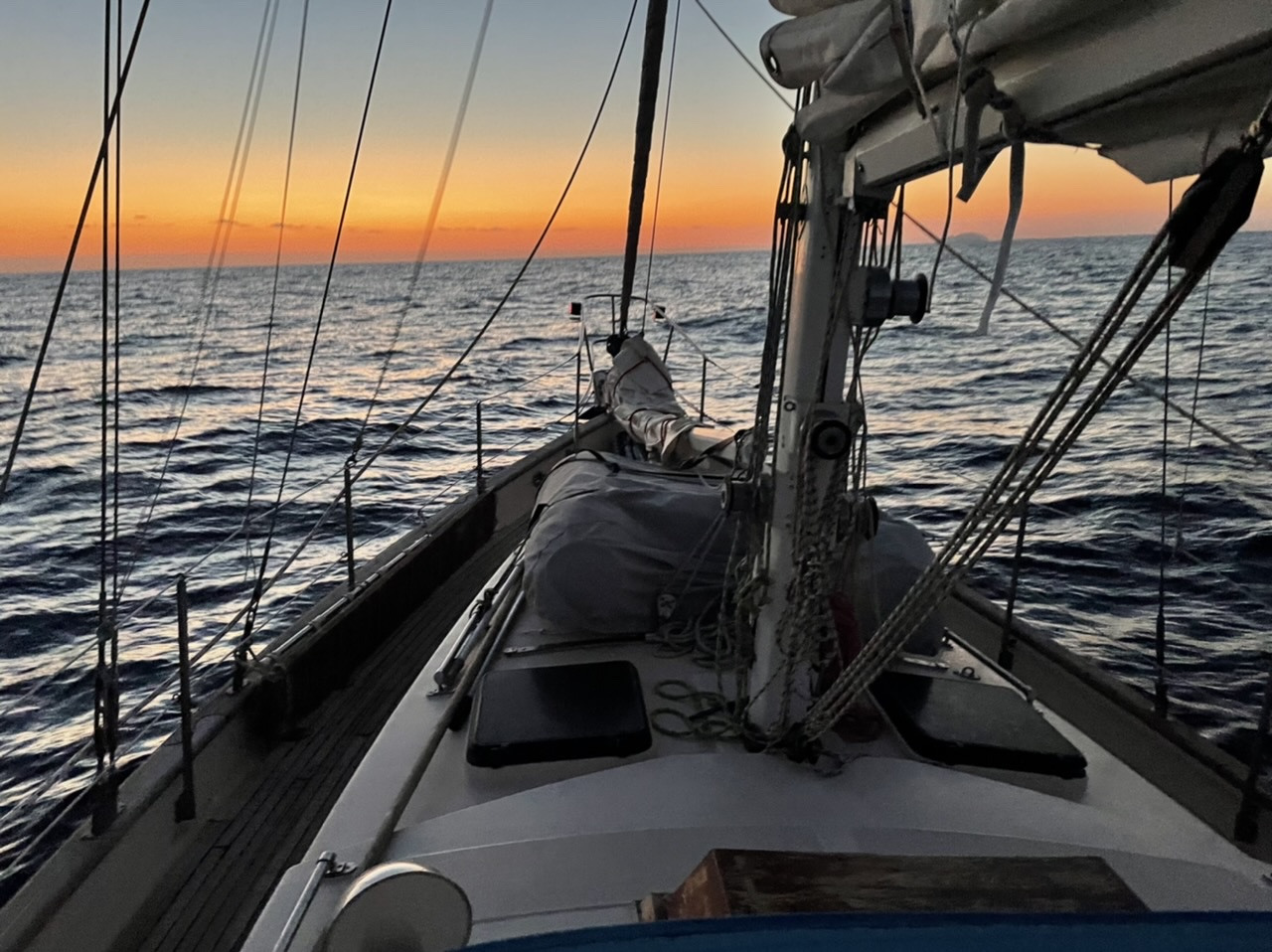 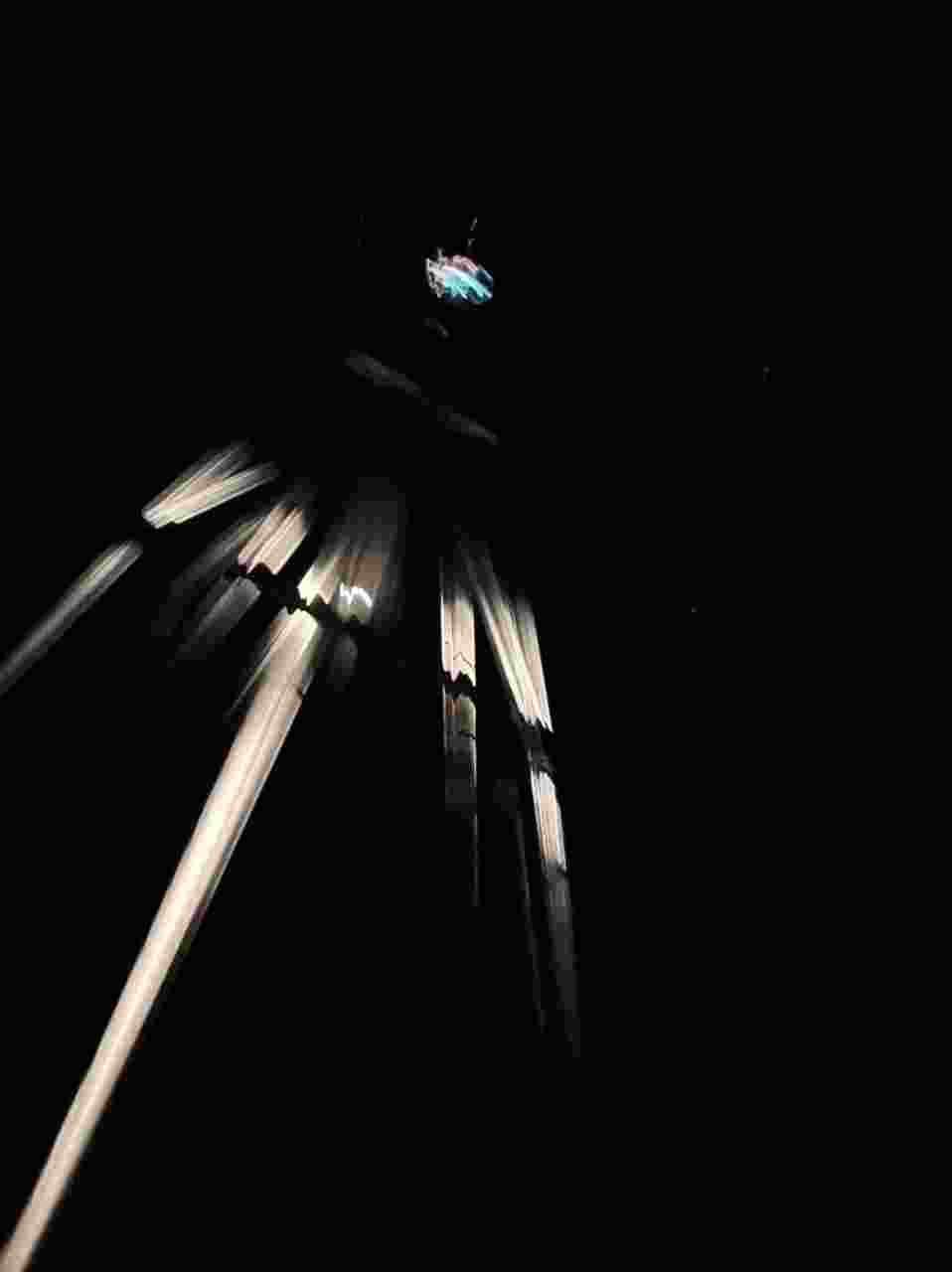 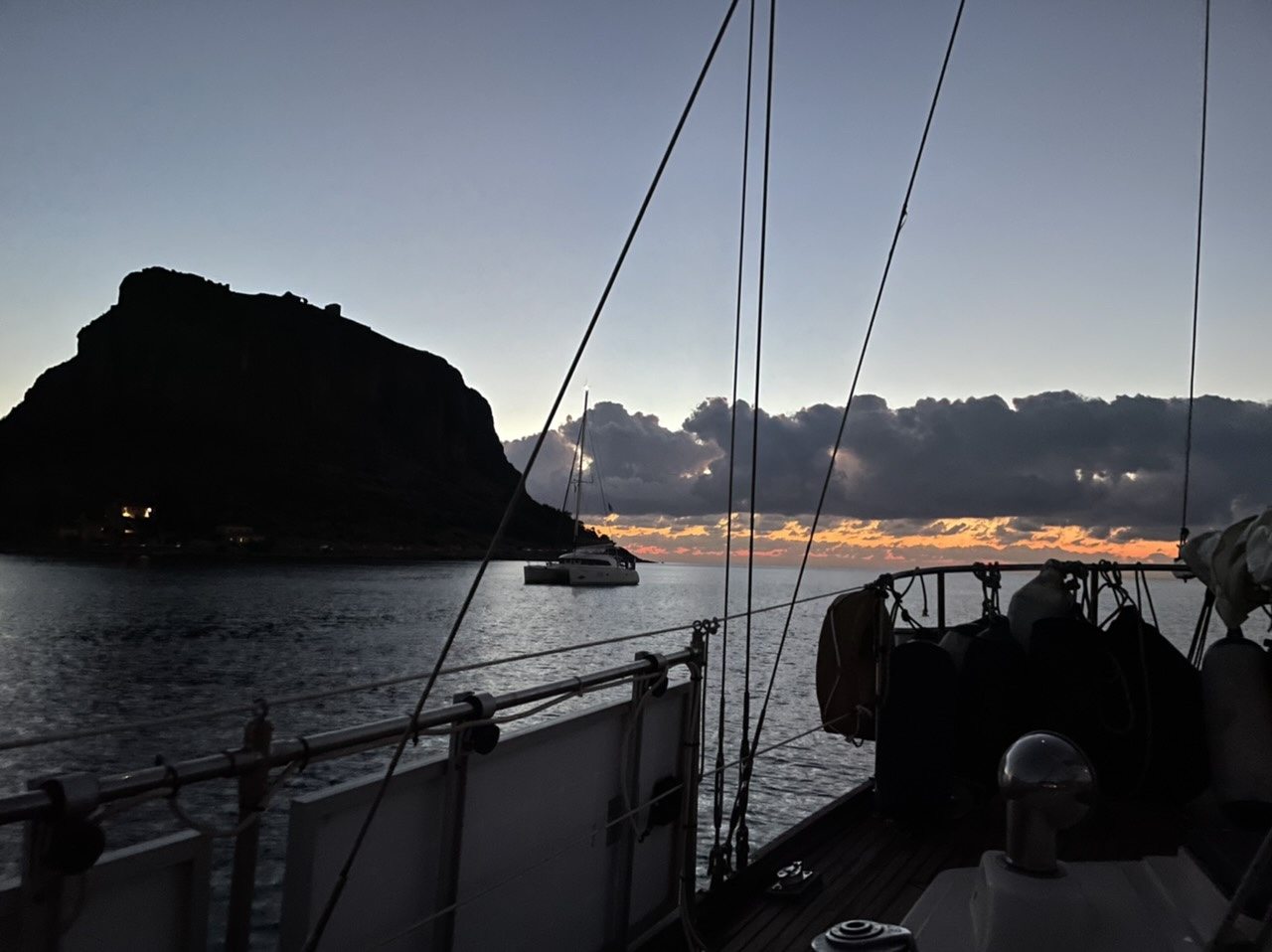 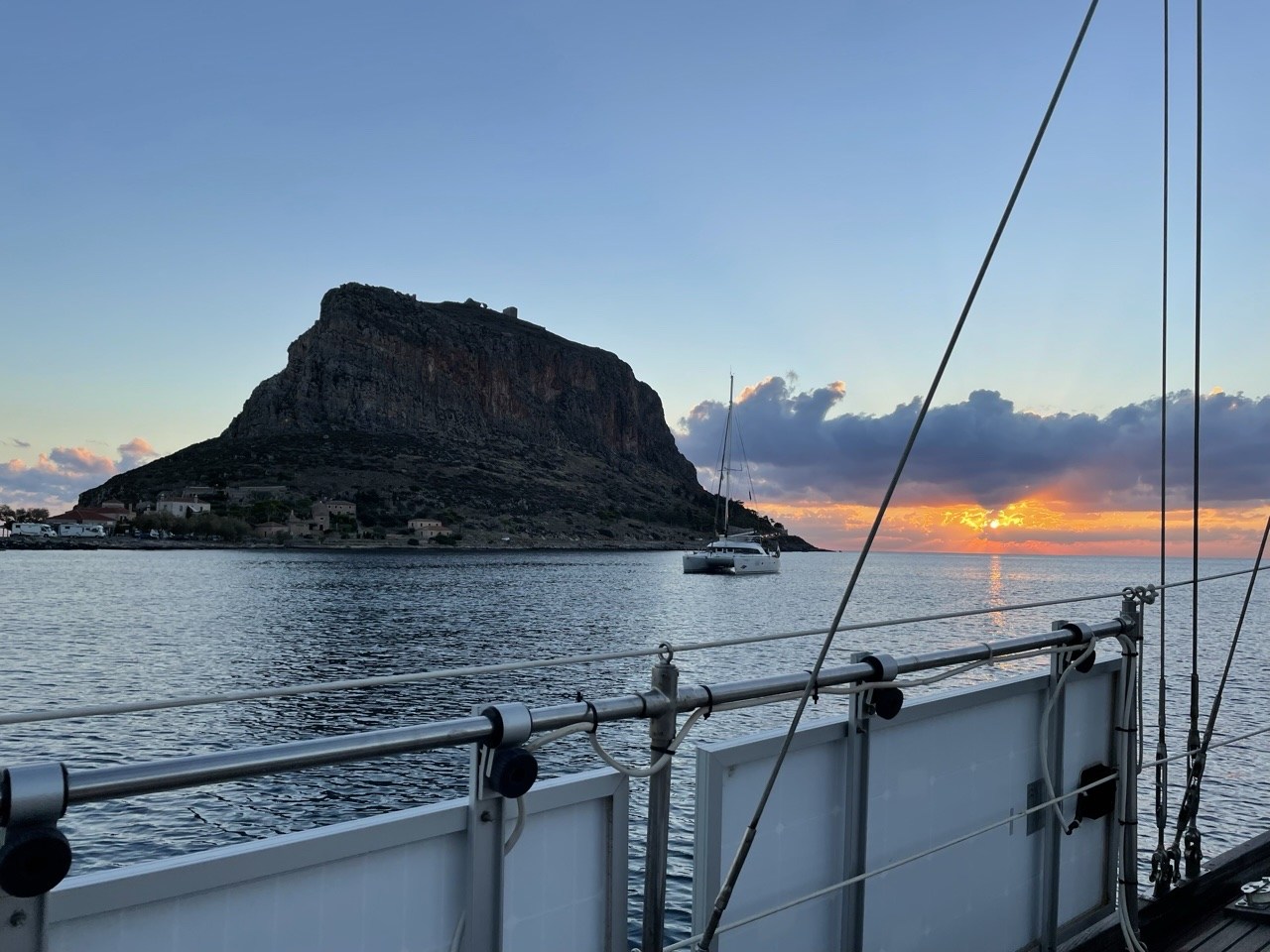